The Fate of the Furious is opening in 4,311 theaters nationwide, making it the widest opening for a non-summer release ever. The film has since expanded its reach and is now showing in 4,329 locations.

The Fate of the Furious' domestic total now stands at a projected $163 million.

The Fate of the Furious is estimated to have a $250 million production budget. The film is released in 63 territories, in addition to the United States and Canada.

The Fate of the Furious has been setting records since it opened at the box office. The film set new opening day records in 16 territories, and had the biggest international opening day of all time, beating the record previously held by Jurassic World. It is also the highest-grossing film ever directed by an African-American director, passing Tim Story's 2005 Fantastic Four movie, and the biggest opening for a film directed by an African-American filmmaker, with F. Gary Gray beating his own Straight Outta Compton record.

Up Next: Fast And Furious Filmmakers Tease Han's Return

Fox’s animated comedy The Boss Baby remains in second place after being knocked out of the top spot last weekend. The Boss Baby is expected to earn $13 million over its third box office weekend, bringing its box office total to $137 million.

Disney’s blockbuster Beauty and the Beast live-action remake remains in the third-place spot at the box office. The film earned $9.9 million at the box office this weekend, bringing its domestic total to $471 million.

Keep reading to see the top five movies at this weekend's box office.

In The Fate of the Furious, with Dom and Letty married, Brian and Mia retired and the rest of the crew exonerated, the globe-trotting team has found some semblance of a normal life. They soon face an unexpected challenge when a mysterious woman named Cipher forces Dom to betray them all. Now, they must unite to bring home the man who made them a family and stop Cipher from unleashing chaos.

The Fate of the Furious is now playing in theaters.

1. The Fate of the Furious

DreamWorks Animation and the director of Madagascar invite you to meet a most unusual baby. He wears a suit, speaks with the voice and wit of Alec Baldwin, and stars in the animated comedy, DreamWorks' The Boss Baby. The Boss Baby is a hilariously universal story about how a new baby's arrival impacts a family, told from the point of view of a delightfully unreliable narrator, a wildly imaginative 7 year old named Tim. With a sly, heart-filled message about the importance of family, DreamWorks' The Boss Baby is an authentic and broadly appealing original comedy for all ages.

3. Beauty and the Beast

Disney's "Beauty and the Beast" is a live-action re-telling of the studio's animated classic which refashions the classic characters from the tale as old as time for a contemporary audience, staying true to the original music while updating the score with several new songs. "Beauty and the Beast" is the fantastic journey of Belle, a bright, beautiful and independent young woman who is taken prisoner by a beast in his castle. Despite her fears, she befriends the castle's enchanted staff and learns to look beyond the Beast's hideous exterior and realize the kind heart and soul of the true Prince within.

From frigid mountains to the heart of the bamboo forest, filmmaker Lu Chuan follows the adventures of three animal families in China: the majestic panda, the savvy golden monkey and the elusive snow leopard. 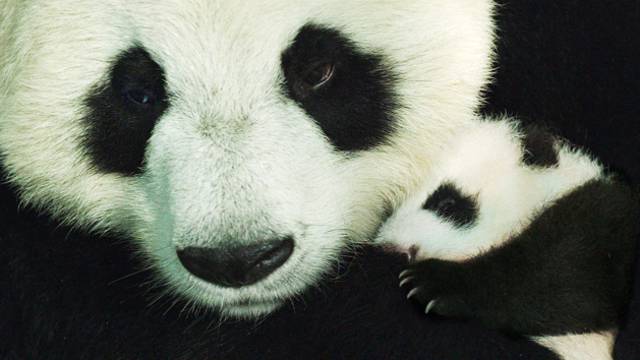 Oscar winners Morgan Freeman ("Million Dollar Baby"), Michael Caine ("The Cider House Rules," "Hannah and Her Sisters") and Alan Arkin ("Little Miss Sunshine") team up as lifelong buddies Willie, Joe and Al, who decide to buck retirement and step off the straight-and-narrow for the first time in their lives when their pension fund becomes a corporate casualty, in director Zach Braff's comedy "Going in Style." Desperate to pay the bills and come through for their loved ones, the three risk it all by embarking on a daring bid to knock off the very bank that absconded with their money.

The Fate Of The Furious Box Office Passes $160 Million Domestic