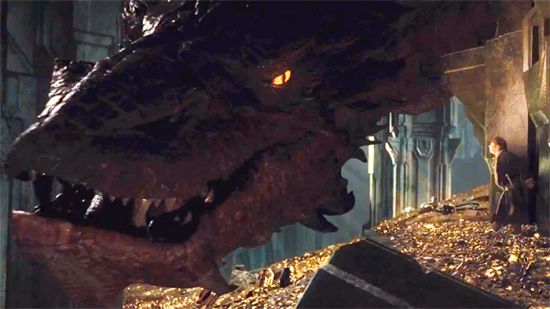 Here in the U.S., The Hobbit: The Desolation of Smaug opened about 12% lower than did The Hobbit: An Unexpected Journey last year--but internationally, the films opened just about neck-and-neck, with the new film making far more overseas this weekend as it did domestically. According to Deadline, combined estimates from 49 foreign markets have The Hobbit: The Desolation of Smaug opening at $131 million, nearly $60 million more than the $73.6 million it took in at U.S. cinemas this weekend. In many of those markets, The Hobbit: An Unexpected Journey actually enjoyed a four-day opening weekend last year, suggesting that The Desolation of Smaug is doing better on a per-screen, per-day basis. Germany, which has up to this point been the second-largest foreign market for The Hunger Games: Catching Fire, saw The Hobbit open at over $18 million--that's the best opening weekend of the year in the country. Warner Bros., who distribute the Middle Earth movies, enjoyed and enthusiastic overseas reception to Pacific Rim earlier this year; the movie generated more than three times the revenue in the international market that it did in the U.S.

The Hobbit: The Desolation of Smaug Does Big Money Internationally