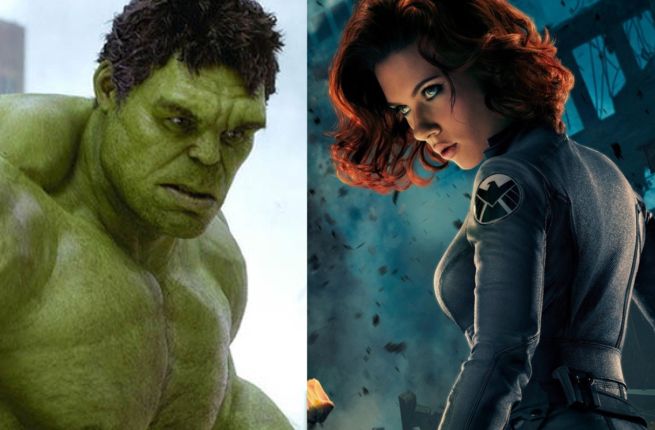 During today's special event, Marvel Studios announced nine new movies. The announcements included several characters that fans have been clamoring to see on the big screen, such as Black Panther, Captain Marvel, and Doctor Strange.

However, there were two popular characters that surprisingly weren't included among the solo movies announced. Mark Ruffalo has proven to be a very popular Bruce Banner, and there have been ongoing rumors of a Planet Hulk movie. Scarlett Johansson has also proven herself to be one of the top box office draws in Hollywood, so Johansson starring in a Black Widow movie would likely be a guaranteed success for Marvel.

After the special event, Marvel Studios Present of Production Kevin Feige was asked about why the Hulk was absent from the timeline announced.

"Well, I wouldn't say Hulk is absent from the timeline. I would say Hulk is going to appear in many of those movies, particularly all those Avengers movies leading up to 2019 in Infinity War," said Feige. "Mark Ruffalo is on board for all those films, and we're excited to bring him to all those films. What happens with a standalone Hulk film? I'm going to say what I would have said about Black Panther last week or Captain Marvel the week before that, or Doctor Strange the week before that, or Guardians of the Galaxy two years ago, or Ant-Man ten years ago, we'll see. We'd love to do it. We'd love to find a place to put it, but right now, Hulk will be appearing, with his friends, in the other films."

In regards to why Black Widow didn't get a solo film, Feige said, "Well, frankly, as I said in the presentation, it's about bringing new characters to the screen. Black Widow couldn't be more important as an Avenger, herself. And like Hulk, the Avengers films will be the films where they play a primary role. Her part in Avengers: Age of Ultron is very, very big. And further develops and further enhances her character. The plans that we have for her throughout the rest of the Avengers saga is very, very big, and linchpin, in fact, to those films. So instead of taking her out [of] there, or instead of doing a prequel, which we haven't done yet, [we're] continuing the forward momentum of the continuity of the cinematic universe of which Widow is a key, key part."

Why Didn’t Hulk And Black Widow Get Solo Movies?