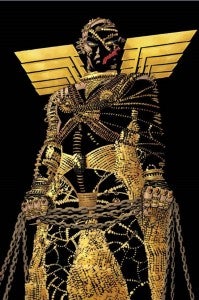 It's been over a year and a half since any significant progress was made on completing Frank Miller's Xerxes miniseries/graphic novel, according to ICv2, and as a consequence there will be no way the project is released in conjunction with 300: Rise of an Empire's March 2014 release date as originally planned.

In early 2011, Dark Horse Comics's Mike Richardson told ICv2 that two full issues of the story were completed and turned in to the publisher, but apparently nothing further has been handed over since and it's unclear that Miller has completed any significant amount of work on the project, with Sin City: A Dame to Kill For and other Hollywood projects taking up most of his time.

Miller has every intention of returning to the remaining Xerxes issues when his Hollywood commitments are complete, according to the site.

According to their source at Dark Horse, the two issues will compose the first bit of a five-issue series.

Nintendo Insider Tease Has Fans of The Legend of Zelda: Breath of the Wild 2 Excited

Dexter Teaser Sets Up the Serial Killer "Getting Back to Nature"