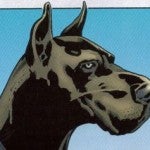 Everyone is buzzing about the possible first appearance of a classic DC Comics character in the new DC Universe. Yes, in Batman & Robin #2, Bruce Wayne gets himself a new dog, and many are wondering if this could turn out to be Ace the Bat-Hound. Bruce Wayne appears to be getting the dog for his son Damian, who has just a tad of a violent streak. Of course, buying a dog for a kid who likes to crush bats to death in his bare hands is probably not the wisest of moves.

The dog breeder tells Bruce Wayne that Great Danes are often referred to as a gentle giant. He says the dog is seven months old, so he might grow another six to seven inches. If this Great Dane does turn out to be Ace the Bat-Hound, then he will have the honor of appearing before Superman's dog. DC Comics recently hinted that Krypto will make his first appearance in Action Comics #5 and #6. 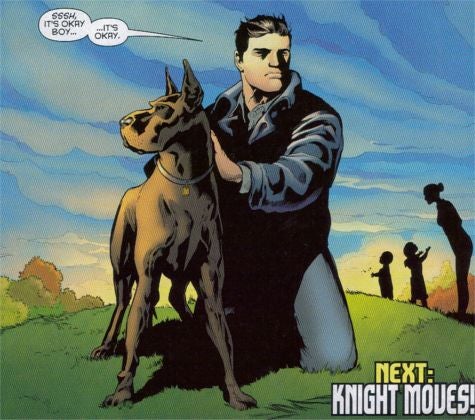 Ace The Bat-Hound Makes Debut In Batman And Robin