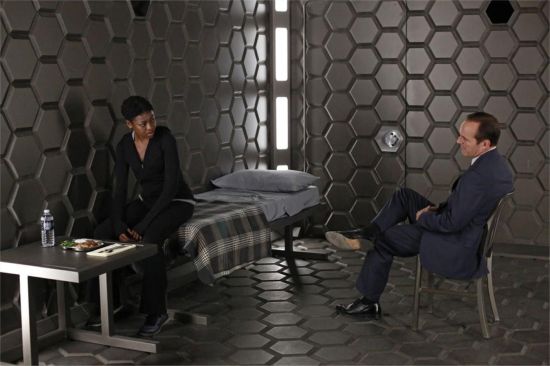 After “The Asset″ episode of “Agents Of S.H.I.E.L.D.,” ABC aired a sneak preview of episode 4, which is called “Eye Spy.”

“Eye Spy” – Agent Coulson and the S.H.I.E.L.D. team try to track down a mysterious woman who has single-handedly committed numerous high-stakes heists. But when the woman’s identity is revealed, a troubling secret stands to ruin Coulson.