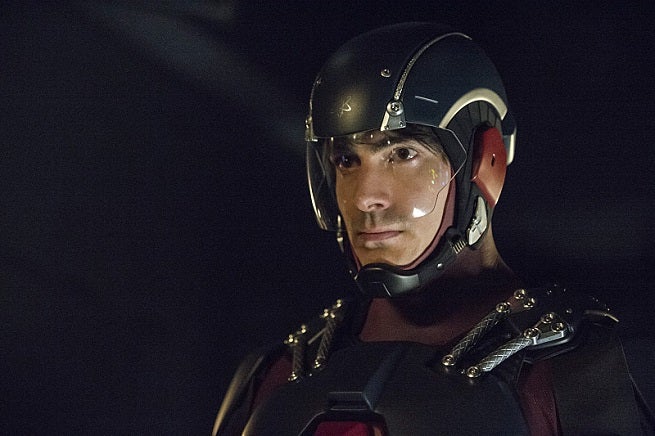 This week's episode of Arrow, titled "Nanda Parbat," is not an episode for the faint of heart.

Continuing with the theme of the last two weeks, more secrets are revealed, lines are drawn in the sand, and for Oliver Queen and company, nothing will ever be the same.

When the League of Assassins comes for Malcolm Merlyn, both Ollie and Thea have to decide whether to save him, or stand aside. Meanwhile, Felicity deals with Ray and his work on the ATOM suit, Laurel continues to cope with losing Sara, and Thea struggles with all the new information she now has.

Everyone has to ask whether certain people, or at least certain souls are worth saving. And what sacrifice is worth saving them in the first place.

This episode has near-constant action, once again demonstrating that the stunt team on Arrow is among the best in the business. Arrows, bullets, swords, and fists all fly throughout the hour, with hardly a break between brawls.

There were many good performances this week. Once again, Willa Holland lays it all on the table. John Barrowman gives new depth to Malcolm this week, possibly inspiring a few people to reconsider how they feel about the character. And playing sweet, earnest, almost understated yet lovely performances are both David Ramsey and Colton Haynes.

From beginning to end, "Nanda Parbat" is a non-stop thrill ride of an episode, leaving an intense promise of what might come next.