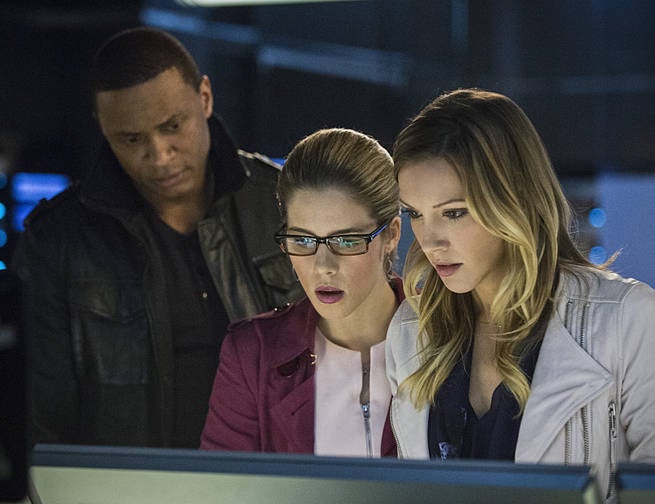 Tonight's episode of Arrow was rather bleak and dark, not exactly what you'd call a fertile area for the knowing winks and nods that often fill our Easter eggs stories.

That said, there were a few name-drops and some recurring motifs worth mentioning.

This DC Comics villain is a fairly minor character in the comics, but per Ra's al Ghul's monologue this week, he's not only the head of H.I.V.E. but is behind a number of other mysteries in the show's history.

It wasn't that long ago that it was revealed Damien would be a potential villain for Season Four -- although at the time, there was some speculation that he would be Damian Wayne, the son of Batman and grandson of Ra's al Ghul.

In the comics, Darhk was a mysterious figure who claimed to be a major player in America's underworld and had some connection to the criminal organization H.I.V.E.

On Arrow, of course, H.I.V.E. have ties to Deadshot and were responsible for putting out the hit on Andy Diggle, John Diggle's brother.

Darhk had access to unique high-tech equipment that would make him a formidable challenge for Felicity, as well.

A favorite tactic of Batman and something that was explained as a League of Assassins trick in Batman Begins, that smoke bomb used on the rooftop seems likely to be a wink-and-a-nod weapon.

We got to see it presented to her by Vibe last week, but this week we actually got to see the Canary cry in use, attacking the crazed Oliver on the rooftop where Sara was killed. 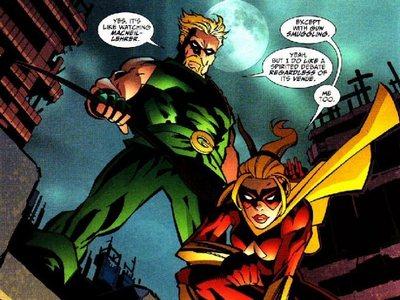 Thea Dearden Queen is getting closer and closer to Mia Dearden, one of the people to go by the name of Speedy in the comics.

Besides her assassin training, Thea (called SPeedy since the pilot) had archery trophies that predated the series itself, so that arrow through Ollie's wrist isn't all that surprising.

Well, that's just classic Ra's al Ghul -- the man who always wanted to marry Talia off to Batman to create the "perfect" couple.

"Darth Oliver" was a pretty cool reference. You may wanna add that to your list.