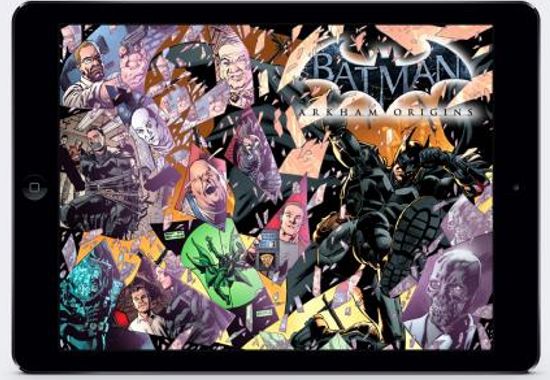 Batman: Arkham Origins - A DC2 Multiverse Graphic Novel tells a Batman story through not only dynamic artwork but with action sounds integrated with a full soundtrack. The graphic novel is divided into eight chapters available for individual purchase or as an entire series. A new chapter will arrive every two weeks and each will offer dozens of possible story outcomes, with multiple story branches. Some choices will successfully lead to Batman's next mission and carry through to the following week's episode. Other choices could have deadly consequences.

Readers who complete the series will be rewarded with two skins for the Batman: Arkham Origins game: Injustice Batman and the exclusive New 52 Metallic Batman. Or, customers can purchase a series pass in advance and be rewarded with both skins upfront.