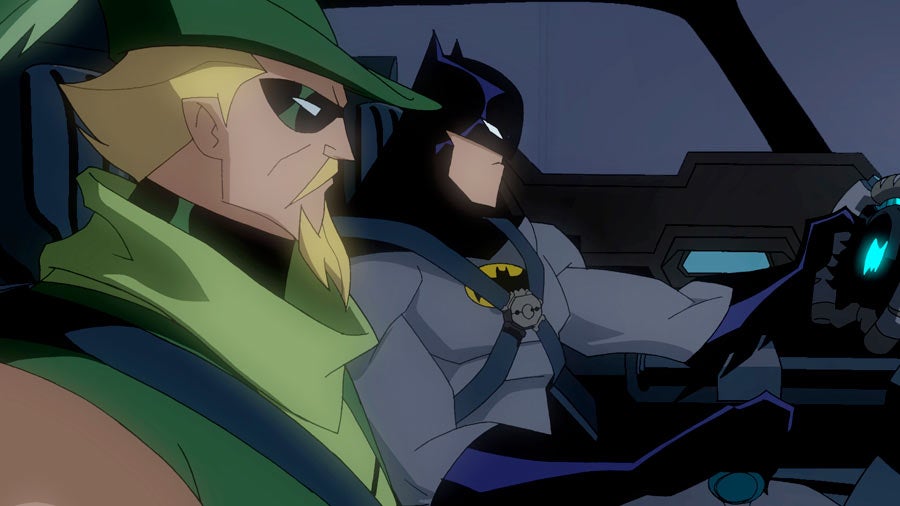 Since a cinematic crossover between Batman and Green Arrow seems unlikely any time soon, a fan has taken it upon himself to create an unofficial Batman Vs. Green Arrow trailer. And until Warner Bros. unites their top vigilantes, it's the best mashup of the two that we'll probably ever receive.

In the fan-made theatrical trailer, creator "Shades At Knight" combines clips from the first two seasons of The CW's Arrow with clips from Christopher Nolan's Dark Knight trilogy. In the trailer, Batman and Arrow face off against Ra's al Ghul (a villain that both heroes have faced on-screen), Arrow's Deathstroke, and The Dark Knight's Scarecrow. Given the stylistic similarities between the film and television series, the mashup blends together pretty seamlessly. You can check out the trailer below.

But Shades of Knight had so much fun with the imaginary crossover, that he released another trailer today for the film's imaginary Blu-Ray release. The follow-up trailer basically recuts sections of the original's mashup, but adds promotions for Blu-Ray bonus content like commentary, featurettes, and more.

Someday, hopefully, Gotham and Starling City will connect in a more official capacity.