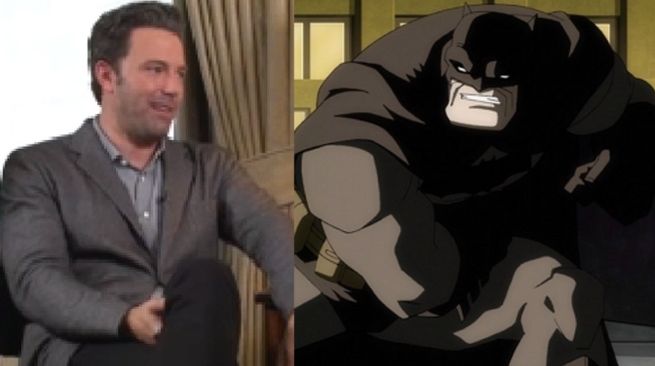 That Ben Affleck is such a tease. He’s out promoting Gone Girl, but all everyone really wants to ask him about is Batman V. Superman: Dawn of Justice. When MTV asked him if he could do his Batman voice, Affleck lowered his voice, as if he was revealing his Batman voice.

But Affleck’s voice was definitely different as he answered the question. Could he have been actually revealing what he’s going to sound like as Batman? Or was he just messing with MTV’s Josh Horowitz’s mind?

Batman V Superman: Dawn of Justice is scheduled to open in movie theaters on March 25, 2016.