In the spirit of Memorial Day, ComicBook.com wanted to take a quick look at some of the great soldiers appearing in modern comics. While we've done this once before, there's a deep enough well of material that there doesn't have to be a ton of overlap. And a lot can change in a couple of years. This also won't pretend to being a "best of" list, with no particular order to the entries and a number of characters you wouldn't necessarily think to place on such a list (after all, it's hard to excise Jonah Hex or The Unknown Soldier in favor of Will Eisner, isn't it?). Instead, think of this list as a celebration of the service of these characters and the storytelling skill of the creators behind them.

Captain America Captain America is the gold standard at Marvel Comics. He's the standard for superhero courage and conduct, as seen in Infinity Gauntlet when he stands up to Thanos even after all hope is lost. He's the standard for soldiers--giving of himself and forcing his way in to a military that didn't even want him so that he could help change the world for the better by any means necessary.  The same heart and passion that drove him to the recruitment office has driven nearly every good story ever told with the character, in one way or another, and the fact that in his more recent days he's been squaring off against cosmic menaces as the leader of The Avengers instead of the combat theaters of Western Europe just goes to show that he's a character so fundamentally inspirational and intuitive that he can be used in just about any scenario and not feel out of place. 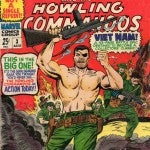 Nick Fury While his "Sgt. Fury and the Howling Commandos" identity has been largely subsumed by Nick Fury: Agent of S.H.I.E.L.D. in recent years, it's hard to ignore the way the character was versatile enough to seamlessly flow from the popular war comics he first appeared in, to the popular superhero books that took over the market as war stories were going out of style. Given the difficulty that other, equally popular war heroes have had doing so, it's probably safe to say that Nick Fury had the broadest appeal of any of the Old Soldier-type character even BEFORE the Marvel Cinematic Universe introduced the "Ultimate Nick Fury" version of the character to the world and made Fury a household name. 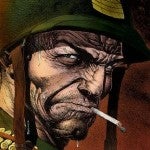 Sgt. Rock Leading the Easy Company is not an easy job, and the fact that Sgt. Frank Rock has been at it for more decades than many people live says something about him (well, okay--mostly about the medium of modern American comics, but you know). Though the most recent incarnation in Men of War didn't really work either critically or commercially for DC, it's the fact that Sgt. Rock is considered a viable enough property that they try to reinvent him every five years or so that makes the greatness of the character apparent--and say what you will about the man's grandson; the recent books by the likes of Joe Kubert and Billy Tucci, featuring the original Sgt. Rock, are hard to knock. 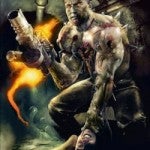 Bloodshot Valiant Entertainment's own, brutal version of Captain America, Bloodshot owes a lot to another character who appears on this list, Captain Atom. He's the byproduct of super-soldier experiments who comes out of it with superpowers and a bad attitude--but at least he generally listens to orders. Generally. 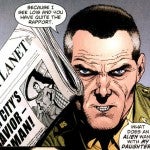 Sam Lane Along with Nick Fury, Sam Lane is the epitome of the onetime soldier who has hung up his sidearm (mostly) for a leadership role. As the father of Lois Lane, one of the most important and compelling women in the DC Universe, Sam serves a unique role already--add to that the enormous political power he's been endowed with in recent years (he was Secretary of Defense under President Luthor in the old DC Universe, something that has more or less stuck with the character as part of his identity to some extent or another in every new iteration since) and you've got a really interesting character who arguably doesn't get enough page time because he's always being crammed into the background of Luthor stories. 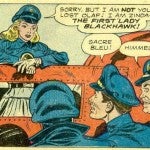 Lady Blackhawk In addition to being the most cosplay-friendly comic book character possibly of all time, Zinda Blake is probably the most prominent female American military operative that actually originated in comics (obviously you can make an argument for the G.I. Joe characters like Scarlett and Lady Jaye being more well-known, but they started elsewhere). As a fan-favorite character and one of the lynchpins that held together the pre-relaunch Birds of Prey book, Zinda is another one of those characters that proves the old maxim that anything a male superhero can do, a female superhero can do in heels. 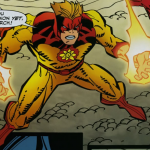 Captain Atom As one of Charlton's most popular characters, Captain Atom eventually became the inspiration for Dr. Manhattan, which in and of itself would be enough to get him on the list. But he's also got a fascinating backstory all his own (and that's before we get into the whole Monarch debacle). Captain Atom was a prisoner of the military, found guilty of treason (wrongly) and given the choice between a death sentence or a near-certain death sentence by participating in a nuclear-fueled super-soldier program. Ultimately he became arguably the most powerful character in the Charlton Universe, so it's probably for the better that he wasn't ACTUALLY plotting the destruction of the U.S. Air Force, or he probably could have done it. 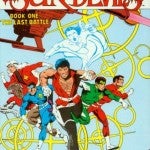 Rik Sunn An odd choice for the list? Certainly, and a fairly personal one. Sun Devils is one of those comics from the mid-to-late '80s at DC on which editorial took a chance. While the book itself didn't really pay off (the 12-issue maxiseries ended and the characters were never brought back again, save a single-issue appearance ten years later in an issue of Superman), it proved the writer-artist chops of Dan Jurgens, who co-created the series and then went on to write and draw the entire thing once co-writers Gerry Conway and Roy Thomas bailed on the book halfway through. Jurgens  has been a fixture, mostly as a writer-artist, at DC ever since and his next creation for the company--Booster Gold--would turn out to be a substantially more viable commercial property. What makes Rik Sunn a great candidate for the list, though, is the way he's driven to service. When his homeworld is destroyed, he quits the diplomatic corps and dedicates himself to wiping out the evil empire (the whole thing was pretty Star Wars-inspired, frankly) that was responsible before they can take out Earth. Having read the book again post-9/11, it reminds me a lot of the people who were driven in droves to the recruitment offices after those attacks. 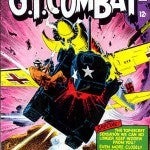 General J.E.B. Stuart Yep, The Haunted Tank. Most recently seen on Batman: The Brave and the Bold, of all places. One of DC's most enduring (and bizarre) war heroes, Confederate General J.E.B. Stuart has spent the better part of the last 150 years keeping watch over American soldiers who go by the same (or similar names) as he did, and a similarly-named tank. For the most part, it's his military skills as much as his haunting prowess that's fallen back on as a storytelling device, particularly in the more recent stories. A 2008 miniseries featuring the character and published by Vertigo was a hugely entertaining, wryly funny story that dealt with the character's most recent haunting victim(?) being a young African-American soldier who didn't particularly want any help from a Confederate general. 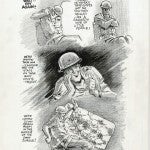 Will Eisner In his autobiographical short Last Day in Vietnam, part of a collection of short war stories published under that same title, Eisney recounted a story of having visited with a soldier convinced he'll die after the Viet Cong attack on what is supposed to be his last day in the war before being shipped home. It's a poignant, human story, the likes of which arguably don't get told enough now that war comics aren't a big revenue driver and need to be merged with some superhero or supernatural aspect in order to move units.