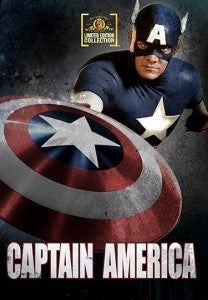 In the movie, an American soldier, played by Salinger, undergoes an experiment to become a super-soldier during World War II. The new super-soldier is codenamed “Captain America,” and he infiltrates Germany to sabotage Nazi rockets pointed at the U.S. However, Captain America is defeated by the Nazi superhuman Red Skull, who is played by Scott Paulin.

Captain America is thrown into suspended animation for fifty years, and when he is revived, he finds that the Red Skull has changed identities and is targeting the President of the United States for assassination.

Captain America DVD To Be Released In July