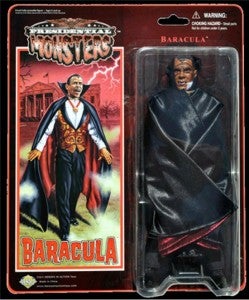 In the “Ming In Charge” episode of Comic Book Men, Walter and Mike both call in sick, which leaves Ming in charge of the Secret Stash. Brian O'Halloran, who played Dante Hicks in Clerks, shows up to pick up some stuff, and he winds up helping out in the store.

A customer comes in wanting to sell a copy of Iron Man #1 and a copy of Daredevil #1. The customer is wanting a thousand dollars each, but Ming points out some flaws on the books. After some negotiation, Ming agrees to buy both comic books for $275.

Another customer comes in wanting to sell some Transformers. After some negotiation, Ming buys two Transformers for $125. Brian O'Halloran chastises Ming that it was a good deal for the customer but not for the store.

Walt shows up at the store, and he reveals he wasn’t sick, but he just wanted to see if Ming had the chops to handle the store. Ming shows Walt his purchases of Iron Man #1, Daredevil #1, and a pair of Transformers. Walt is ok with what Ming paid for the comics, but he thinks he overpaid for the Transformers.

A guy named Mark comes into the Secret Stash to make a pitch about an action figure line he does called the Presidential Monsters. The Presidential Monsters are done in the style of the classic 1970s Mego action figures. In honor of the current presidential election, two of the figures are Romney the Robot and Baracula. Mark offers to give the Secret Stash an exclusive for the store, and Walt asks Mark to do a brown Yeti Roosevelt.