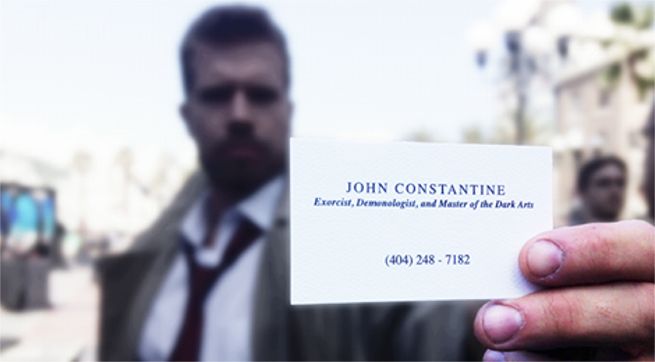 NBC has just released a new photo for the Constantine TV series, and it includes a tease for Swamp Thing.

Through the official Constantine Twitter account, NBC tweeted the image above, along with the text, "Experiencing a demon problem? Call John #Constantine, Master of the Dark Arts at 404-248-7182."

Of course, Alec Holland is the man who became Swamp Thing. Is it just a cool Easter Egg? Or could Swamp Thing actually appear on Constantine?

You can hear the MP3 of his answering machine message here.