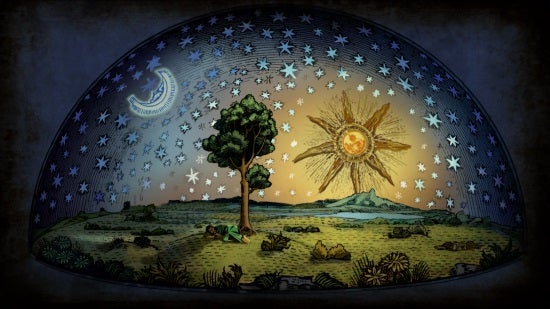 This past Sunday, Fox aired the premiere of Cosmos: A Spacetime Odyssey, a 13-part miniseries meant to be a successor to Carl Sagan's original Cosmos series. The show is hosted by Neil deGrasse Tyson and produced by Seth McFarlane and Ann Druyan and seeks to recapture the spirit of scientific storytelling that Sagan brought to the masses with the original Cosmos. A big part of that storytelling is telling the stories of important figures from the history of science. Where those segments were done with live action reenactments in the original Cosmos, the new series uses animation instead. Kara Vallow is responsible for developing and producing those animated segments. She is a longtime collaborator with Seth McFarlane, working together with him on Family Guy, American Dad, and The Cleveland Show. She talked to ComicBook.com about the creative process that went into these segments for Cosmos, and what's it like to be following in Carl Sagan's footsteps. 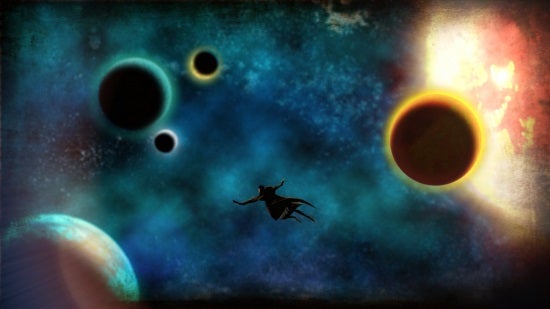 Why was the decision made to do the historical recreations in animation, rather than live action, for the new Cosmos? Kara Vallow: When the original Cosmos was made, it was 1980s and the expectations were a lot lower back then for historical recreations in film in television. If you look at them today, they're pretty dated. To get away with filming something like that in live action, it would take an enormous amount of time and money. Viewers are too sophisticated. It was really Seth [McFarlane]'s decision. I don't think they could really think of a way that it wouldn't seem kind of hokey to have live action recreations from all of those time periods. They wanted something that would fit seamlessly into the entire rest of the show. There was still a big challenge in figuring out how to do animation that was going to fit into the rest of the show. When they made that decision Seth asked me to develop a style of animation for the series. ComicBook.com: So, how did you go about developing the style you are using for Cosmos? Kara Vallow: Well, at first, I told him I didn't want to do it because I really didn't think I could do the source material justice. For my generation, Cosmos is almost a mythic memory. My family will still get sentimental listening to the Vangelis theme music. It was such a huge watershed television moment. As a television show it really felt like it was encouraging a whole generation to contemplate the cosmos when so many people in America probably hadn't considered that before. It was difficult to wrap my head around that. 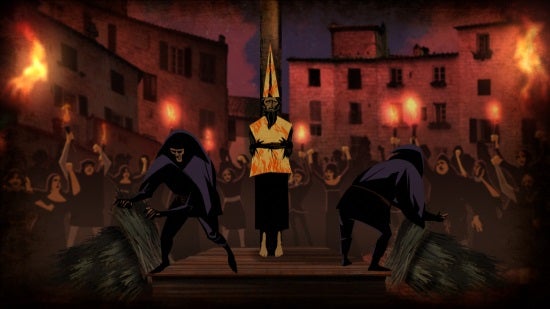 Even when I did decide to do it, I didn't really know what Cosmos was going to be. I had some conversations with Ann Druyan, Carl Sagan's widow, and that encouraged me and got me to the place where I thought maybe I could do this. She wanted the animation to be an invitation into the fully realized world of Cosmos. On top of that, we had set out to create a mode of scientific storytelling. A lot of the science of the show and a lot of experiments were explained in the narrative, which was part of my responsibility, making modern theories of science palatable to the viewer. The artwork was a little daunting. I felt like I really needed to go outside the box of my normal job of television animation, find something really sophisticated and "adult," but uncomplicated. The narrative needed to be clear and present complicated scientific concepts. It needed vision, but it needed to be compelling and vibrant. I also had the physical confines of time and budget restraints and I was trying to keep it very small, with a small crew. I decided to use a digital format where we could keep everything contained. The whole of the show was so huge and required so many people working on so many levels that I wanted my part to be as simple as possible. The day I talked to Seth about it, that night I stayed up and watched a lot of independent animated films on YouTube and tried to expand my mind a little bit, because I've been working in our restrictive television format for so long. A lot of things inspired me. Narratives that were beautifully but economically told with visual styles that were very arresting, Black silhouettes again backgrounds, and characters that weren't multidimensional. I started using characters that were two dimensional. We wanted to move seamlessly from live action into the animated world, so the backgrounds are amalgams of photo real elements that bring a lot of the physical world into them so that you don't feel like you're going into a cartoon world. We used extreme color palettes for a dreamy diorama like effect, but with as much realism as possible. The background has a very clever use of layering of photo images and pictures. We layer those into the backgrounds with Photoshop and use a lot of dramatic shading and lighting to give the effect of a very impressionistic style without a lot of dialog. The movement of the characters is limited, but we still need expressions from those characters and to make their intentions clear. It was a long process. I'm glad people seem to be responding to it well. 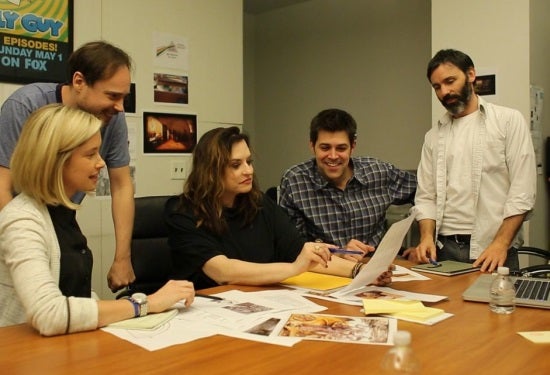 I owe everything to my directors and background designers. I needed artists who were capable of creating this unique mode of scientific storytelling. Allie Crane (production manager), Andrew Brandou (assistant director), Brent Woods (supervising director), and Lucas Gray (director). We feel like we've all become gentlemen scholars learning about various concepts about things that we'll never use but now we know all about. ComicBook.com: Were there any particular inspirations that stand out in your mind? Kara Vallow: The Secret of Kells. I watched it one night and I was really blown away by it, some of the imagery and the way they used different styles in different scenes. The narrative was told in such unique ways. Another is "The Invention of Love," this lovely story, a love story, told with animated shadow play images against a backdrop of countryside and it told a story that was very sweet but through these images, and their characters were all silhouettes and they managed to get a great amount of emotion. What you see now in Cosmos doesn't resemble it, but it was very impactful in that it convinced us we could tell a complex story through simple characters 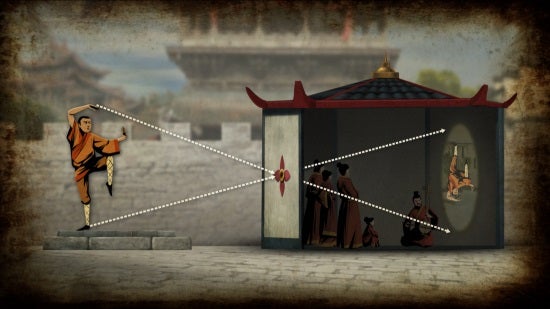 What part of the original Cosmos did you most want to translate into the new Cosmos? Kara Vallow: The focus has changed so much because it had been so many years. I remember Carl Sagan's Cosmos was often a call to humanity to not blow itself up before it could go into space. This Cosmos is coming at a time when we're not doing as much space exploration and, for a particular powerful political party, science is a bunch of lies from the pit of Hell (laughs). I think the messaging is as important as it ever was. I think Carl Sagan was uncompromising in his defense o critical thinking, but he never thought it was a failing to believe in things that were unsupported. He wanted to get the viewer's mind moving in the right direction. He was working at a time when there was a huge interest in space and we had, comparatively, more money for those efforts. 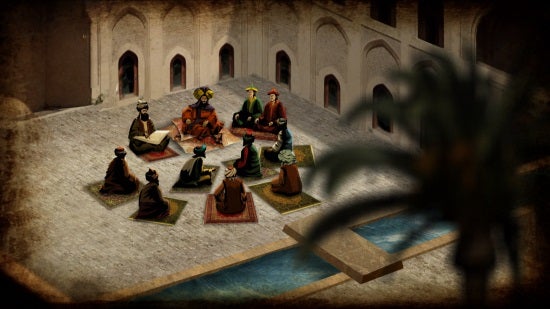 We have a lot more information now, but now people are more likely to impose a willful ignorance on themselves and their kids. I think Neil Tyson's messaging, through his passion, inspires literacy in children and adults. The original Cosmos was a very original show and it was important to my father and my grandfather. I come from a family of scientists who uniformly discuss the rejection of science in America. Nothing glorifies science like Cosmos. If we can do that at all, I find that to be a thrilling prospect. It's not easy, but I feel, with Ann and Seth and Neil, there's an ability to really change people's minds about things and open people's minds to things they find fascinating and beautiful and transforming. I guess pretty much the same message Carl Sagan had and would probably still be pushing today. The original was designed to communicate science to the layman, and we want to do that again. Cosmos: A Spacetime Odyssey airs Sunday Nights at 9 PM ET on Fox.