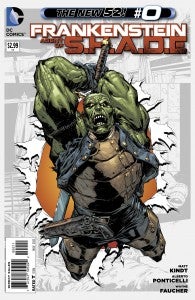 DC Comics has posted a preview of Frankenstein: Agent of S.H.A.D.E. #0, out on Wednesday, to their blog, The Source. The cover and pages can be seen below, as well.

The title, which ComicBook.com named the best series of 2011, started with its title character as an established secret agent for the shadowy government organization of S.H.A.D.E., but the zero issue will return to the time when Victor Frankenstein created his monster, and show how that creature became a part of Father Time's group.

"Frankenstein meets his maker ... literally! In this origin story, we learn how Frankenstein was brought to life by his creator, Victor Frankenstein, and how he was recruited by S.H.A.D.E. We also follow him on his journey to discover his own humanity. What will happen next and what does the future hold for S.H.A.D.E.? FRANKENSTEIN, AGENT OF S.H.A.D.E. #0 is written by Matt Kindt and is illustrated by Alberto Ponticelli and Wayne Faucher." 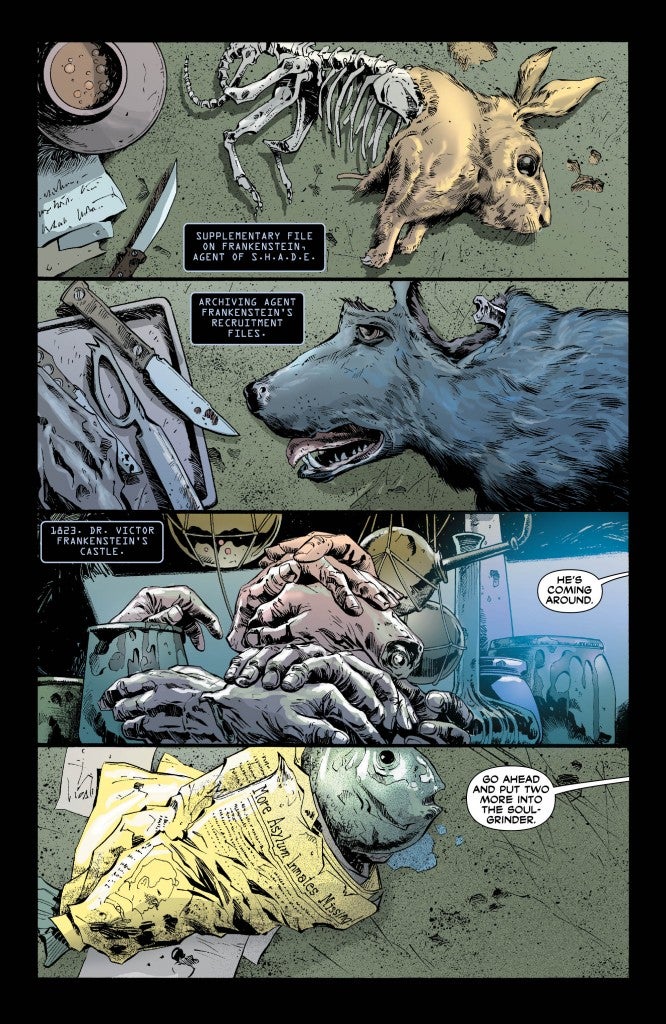 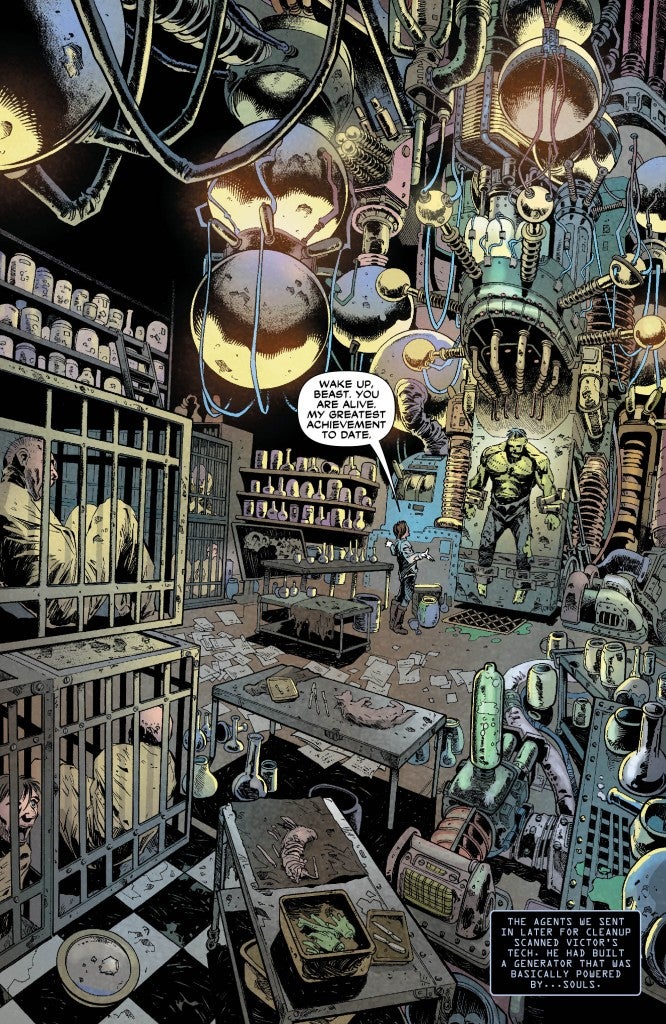 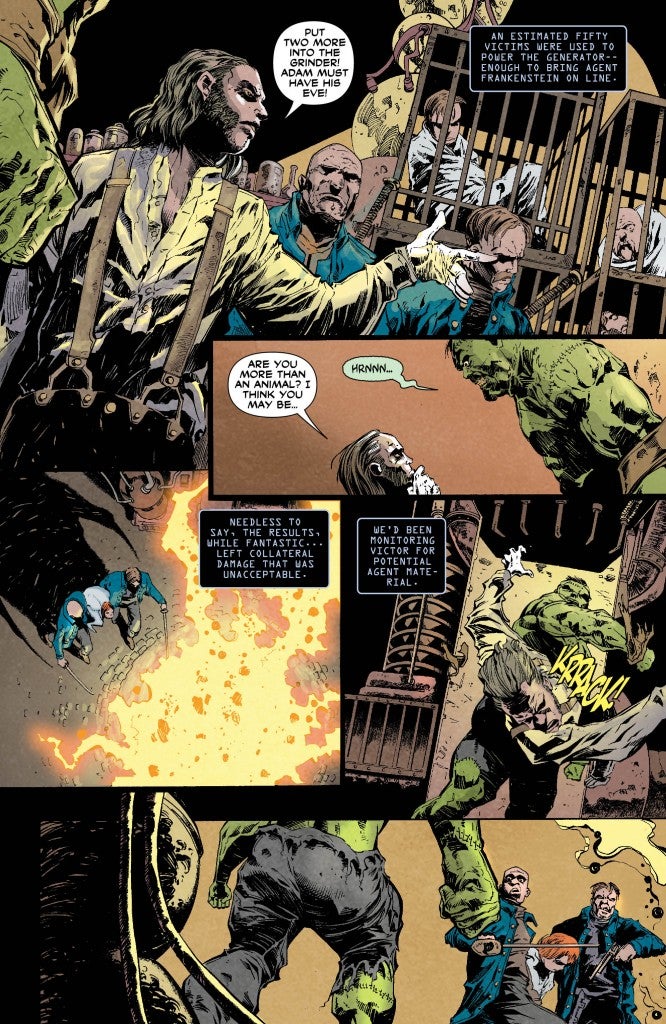 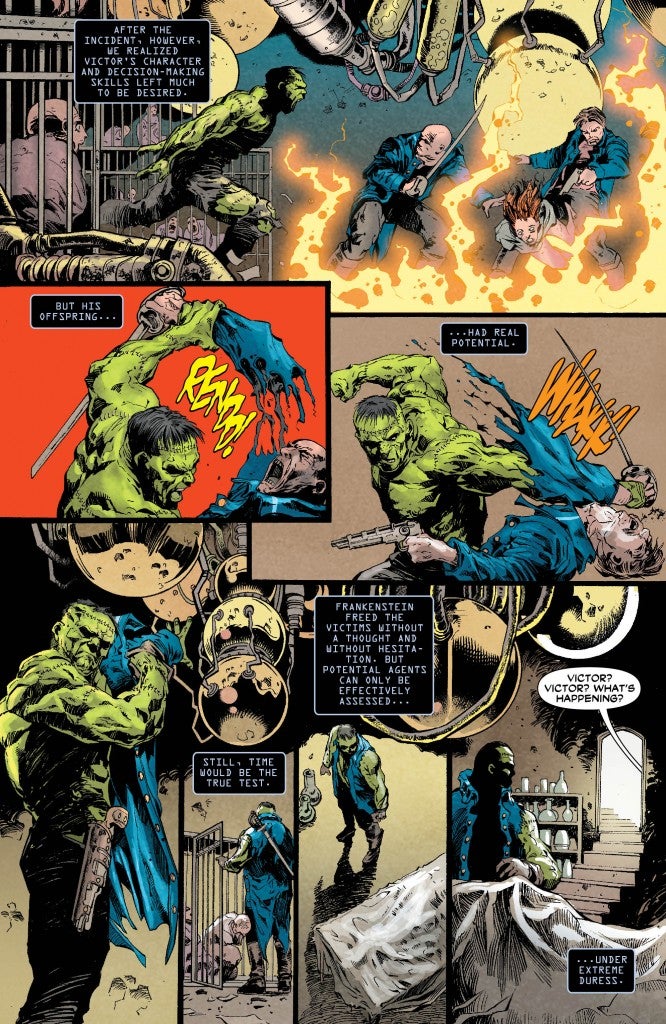