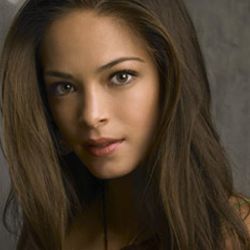 The Ausiello Files is reporting that two characters will die before the end of the Smallville season eight finale. According to an insider, one of those characters will be a series veteran. That probably rules out Clark Kent, since the insider went on to say that both characters will “die and stay dead.”

Some websites are already beginning the speculation about the Smallville deaths. BuddyTV is predicting that one of the deaths will be of the villain Doomsday.

Kristen Kreuk, who plays Lana Lang, is another possibility. She left the show in season seven only to return for a handful of episodes this year. In a recent interview, the actress made comments to Wizard magazine that seemed to indicate her stint on Smallville is through. “I just finished my run on Thursday of last week,” Kreuk told Wizard magazine. "That closes up Lana’s storyline."

With words like that, if Vegas were taking odds on Ausiello’s report, Kreuk is whom I’d put my money on to bite the dust.