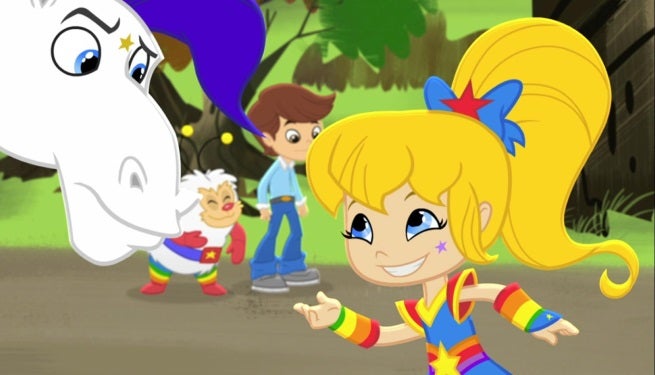 Actress and singer-songwriter Emily Osment will voice the Rainbow Brite, a magical girl who embarks on adventures to protect and save Rainbowland from destruction and dark powers. Rainbow Brite, alongside returning characters Starlite and the Color Kids, continue to deliver a message of optimism, creativity and friendship throughout their adventures.

“Being cast as the voice of Rainbow Brite for the relaunch of this iconic show is truly an honor. I look forward to connecting with the audience, old and new, and going on this exciting adventure together,” said Osment.

Molly Ringwald, icon of 1980s teen romance films, will join Osment in the remake as the voice of villain and main antagonist The Dark Princess.  Ringwald’s character will once again stir up trouble with a hidden, sinister agenda of her own.

“With Rainbow Brite, we believe we have created something that captures the essence of the original series – but with a vision that resonates today,” said Iris Ichishita, Head of Original Entertainment for Feeln. “We hope audiences will react with an ‘oh my bows!’ – just like us.”

Hallmark debuted Rainbow Brite over 30 years ago in 1983. The show was adapted as an animated television program, running 1984 to 1986, and also extended into global consumer products and merchandise.