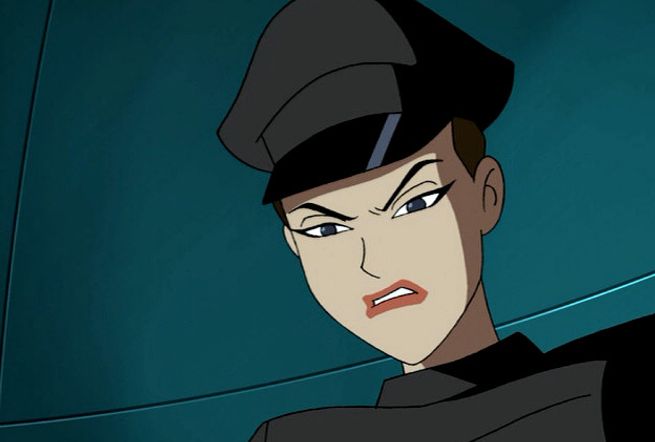 Over the last several days, Batman V. Superman: Dawn of Justice has been filming scenes in Michigan which are set at LexCorp, and recent reports have indicated that those scenes involved Jesse Eisenberg playing a blonde-haired Lex Luthor. Now, ComicBook.com has heard from a source that backs up those scene descriptions, plus provides a little bit of additional information.

According to our source, Lex Luthor does indeed have long blonde hair. However, our source indicates describing his look as Kurt Cobain might be a stretch, because while the hair matches, the wardrobe does not. Our source describes his hair as “a long straight surfer mop.”

Our source also indicates the reports of Holly Hunter playing a U.S. Senator are accurate. Furthermore, our source added that Hunter’s character is visiting LexCorp with a congressman (played by an as of yet unidentified actor). In one scene, Lex has an interaction with the congressman, where Lex seems “to embarrass or be very disrespectful to the congressmen on his way out.”

In a piece of new information that we haven’t seen reported elsewhere yet, our source indicated that Japanese actress Tao Okamoto is playing Lex Luthor’s assistant, who is named “Mercy.” In the comic books and Superman animated series, Mercy Graves is Lex’s personal assistant and body guard, where she is portrayed as highly intelligent and experienced in hand-to-hand combat. Tao Okamoto previously appeared as Mariko Yashida in 2013′s The Wolverine.

Our source also offered that they felt that Batman V. Superman: Dawn of Justice’s interpretation of Lex Luthor is much better than it might sound from initial descriptions, describing him as “a slimy businessman we can all despise.” Our source indicated, “You are going to hate this guy. You are going to root for him to be punched by Supes when he weasels his way out of legal trouble. He is cocky and confident because he is THAT good at what he does. He's a billionaire who knows he is more powerful than the Senator and Congressman visiting because he's a billionaire.”

Our source also indicated that Lex’s security force at LexCorp ranged from mall cop to SWAT force type security. In regards to LexCorp, our source indicated, “This is a high tech mega billion company with a shiny veneer. It's Apple/Google, colorful and consumer friendly public image but serious potential for Lex's deviousness.”