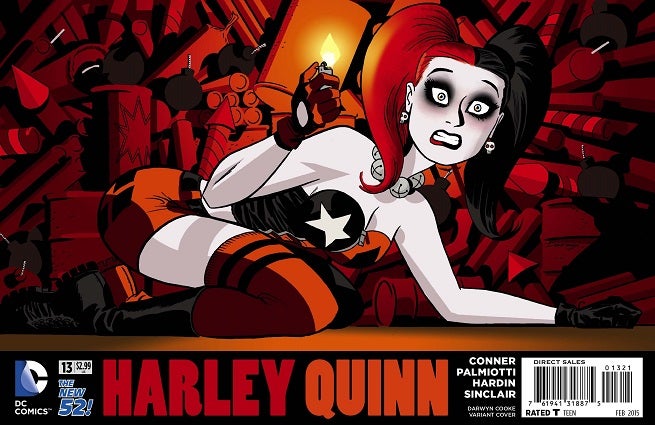 The issue, the third part of a three-part story arc featuring an amnesiac Power Girl, "has it all," Palmiotti told us in a brief interview in support of the issue. And, yeah...it's got quite a bit of that old-time comics insanity.

You can check out the preview pages, with commentary from Palmiotti, below. Harley Quinn #13 hits the stands on December 24. 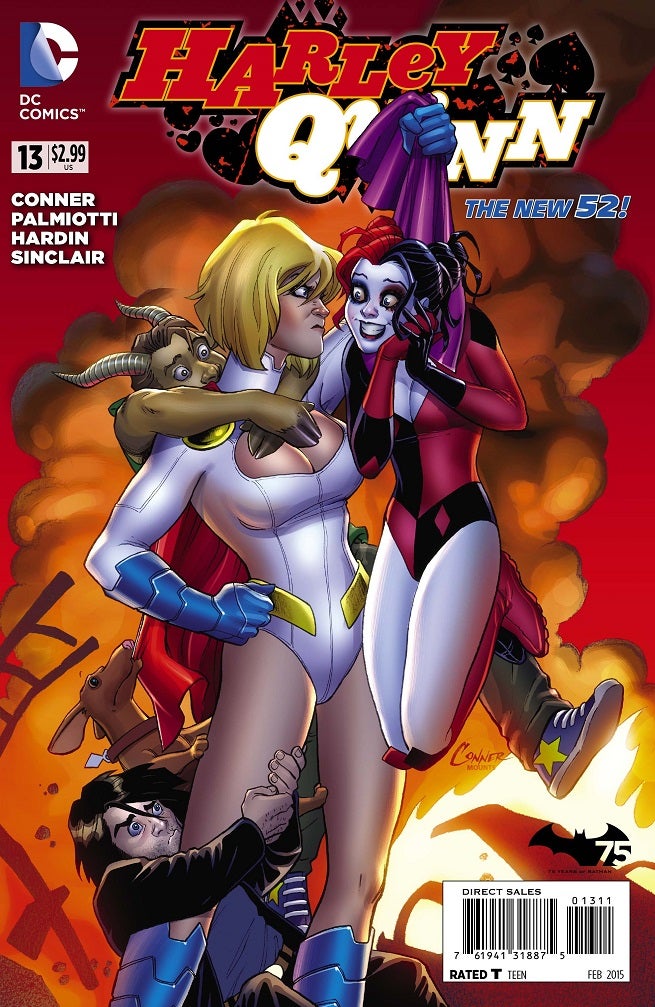 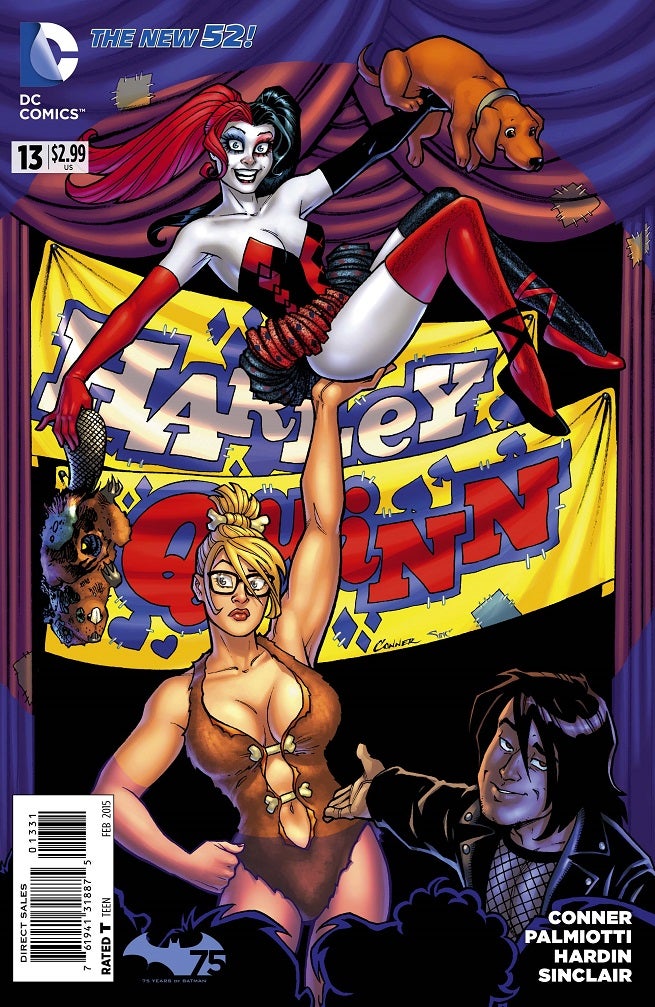 While this comes in the middle of a larger story, the issue itself is a fairly self-contained one. What do readers need to know to get up to speed?

They just need to know that Power Girl has lost her memory and thinks that Harley and herself are a superhero crime fighting team. They also need to know that the Sportsmaster and Clock King have sent our heroes on an off-world adventure , but they have transported back to earth to take care of the bad guys. After that, the issue takes care of itself.

There were only two parts before this, so just go ask your local retailer to get the books for you, or as always, catch up on digital. 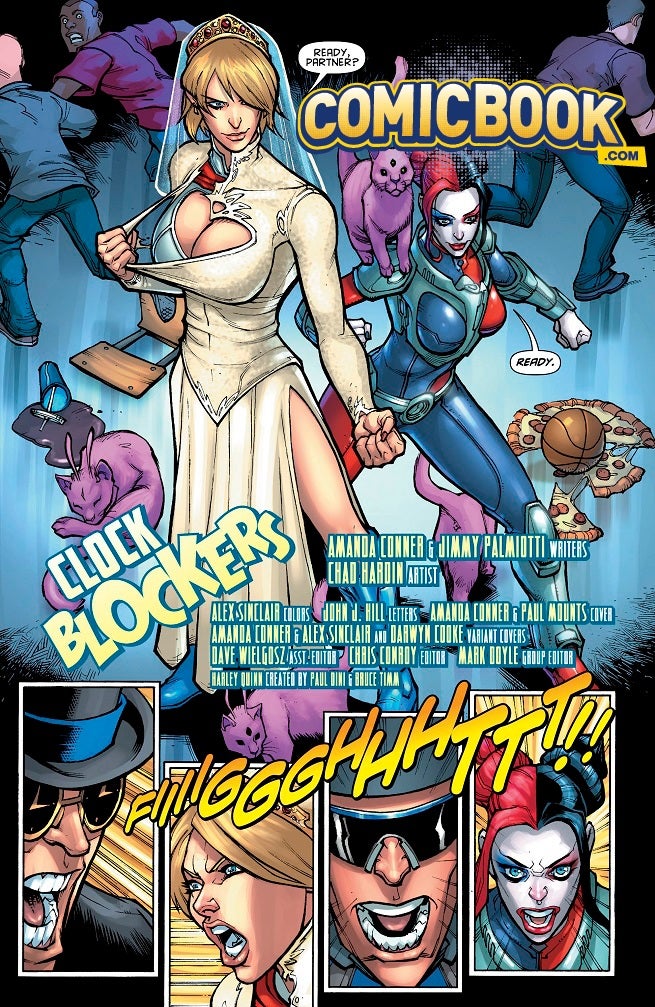 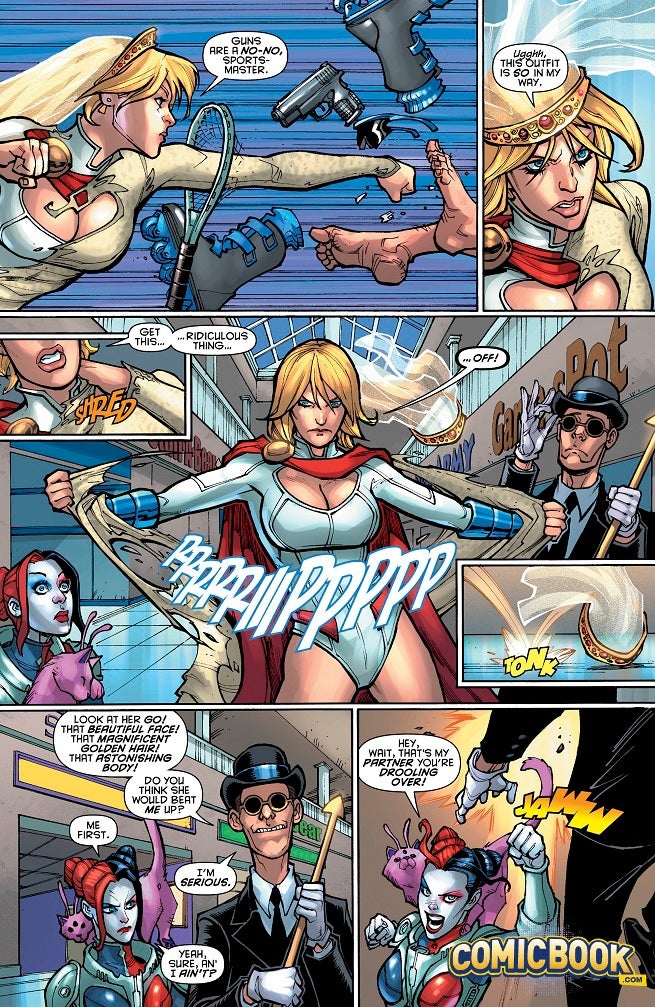 Books with a lighter tone seem to have a hard time finding a foothold in the market. At DC, it's basically you guys and Giffen & DeMatteis who can seem to swing it, but Harley has been a massive success. How satisfying has that been?

So satisfying that we are doing more in the future. When we started the book the way we did, it was a bit of a gamble because we could have alienated the audience in many ways, but Amanda and I are glad that the fans saw how much respect we treated Harley with and seemed to embrace that not every book has to be dark or part of a company-wide crossover to have success.

I like to think that the model of the book is opening up some other doors for other characters within the company and with that in mind, it’s really exciting. I personally think people want to read fun comics with a bit of an edge to them. I don't think you can go 100% silly and maintain the audience Harley has. It works for kids books, but this title has something for everyone and a bit of a dangerous and naughty side as well. 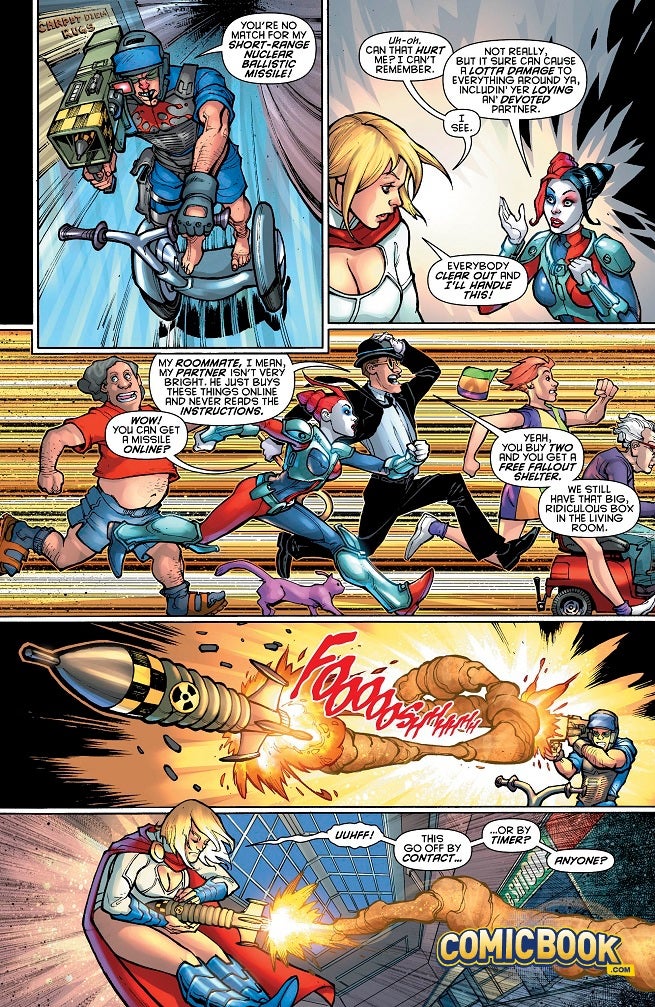 How long do we get to see you and Amanda working on Power Girl? I missed it.

This is the last of the three-part adventure, but let’s just say that we love the character and because these books were embraced so much by the readers, there is no telling what is going to happen in 2015. There is a lot going on behind the scenes and its all exciting. 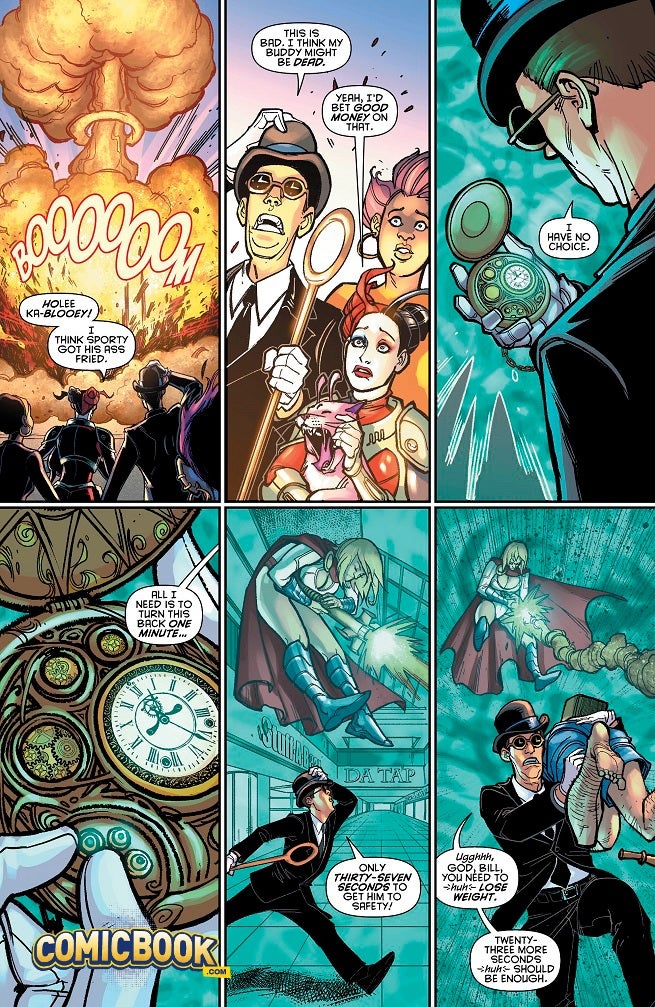 We've also got a more traditional (or at least Batman: The Animated Series-recognizable) look for The Clock King, versus the one on Arrow or the previous New 52 look. Is that just having some fun, or should we take from that Harley is, like Justice League 3000, perhaps taking place in its own little world of the DCU?

That is us having some fun and not knowing at the time he was appearing in other books. I think the fans understand that we love all the characters and when presenting a character that is appearing elsewhere, we are portraying them in a way that does not mess with the continuity folks too much. Everything matters in this book and at the same time, a reader has to understand when you have a character in 12 titles, there is some wiggle room to tell adventures that happen apart from a main storyline. 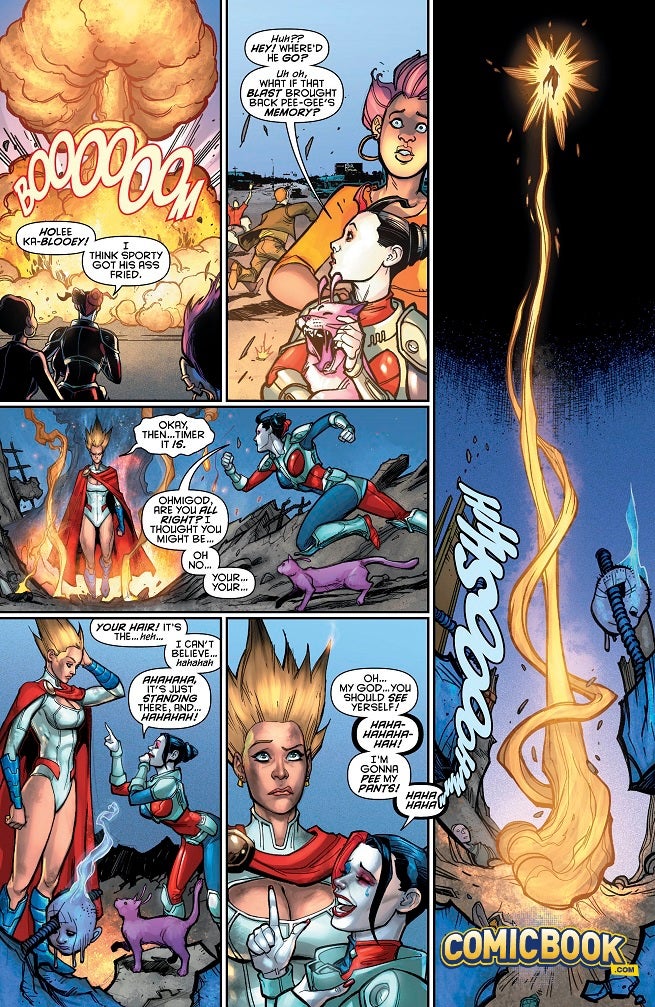 If somebody hasn't jumped onto Harley Quinn yet, why's this the issue to start?

Because it has it all! Power Girl performing as the strong woman at a side show fighting spider monkeys, Harley getting mugged in central park, a real superhero brawl with bad guys, three eyed cats, time travel, bad hair day, a flying bag of poop, a fashion savvy egg, a butt window, pesky pigeons and a comic celebrity guest star. Whew.