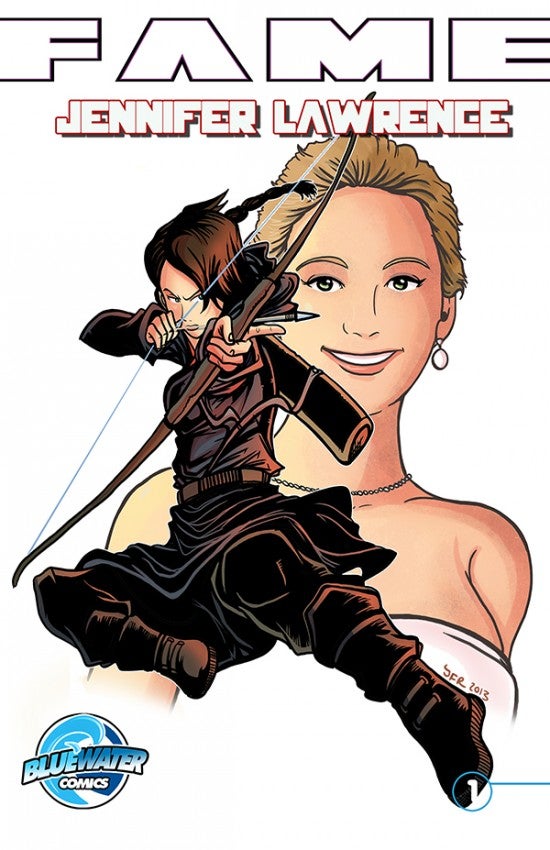 Bluewater Productions have released a five-page preview for their upcoming bio-comic of The Hunger Games and X-Men: Days of Future Past star Jennifer Lawrence. Bluewater's bio-comics draw some criticism within the comics industry, but consistently sell gangbusters in digital formats outside the traditional direct market, exceeding expectations for a small publisher and, at least in theory, opening doors to readers who wouldn't ordinarily consider comics as a form of entertainment. Whether new readers ever hang around after reading a one-shot about a celebrity or the President's dog is a whole other question. You can see the pages, along with solicitation information, below. Fame: Jennifer Lawrence writer: Michael Troy artist: Ben Eargle May the odds be ever in Jennifer Lawrence's favor.  Bluewater Productions popular line of biography comic books continues with The Fame: Jennifer  Join writer Michael Troy and artist Ben Eargle for an exploration of Jennifer's career from starring in successful X-Men and Hunger Games franchises to winning a Best Actress Oscar for her celebrated role in The Silver Linings Playbook. 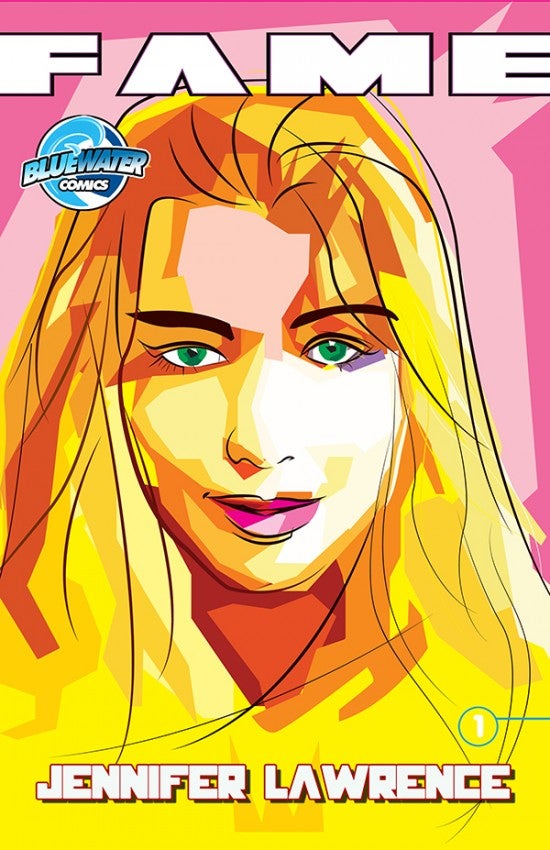 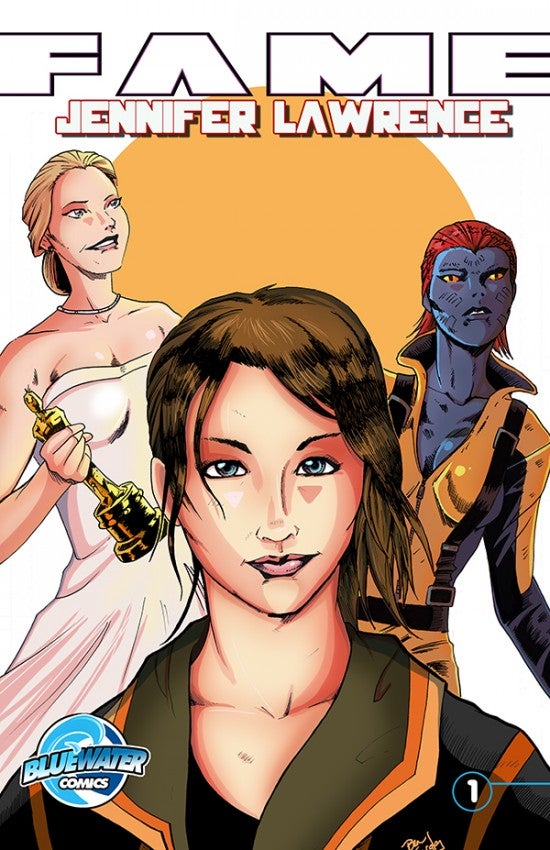 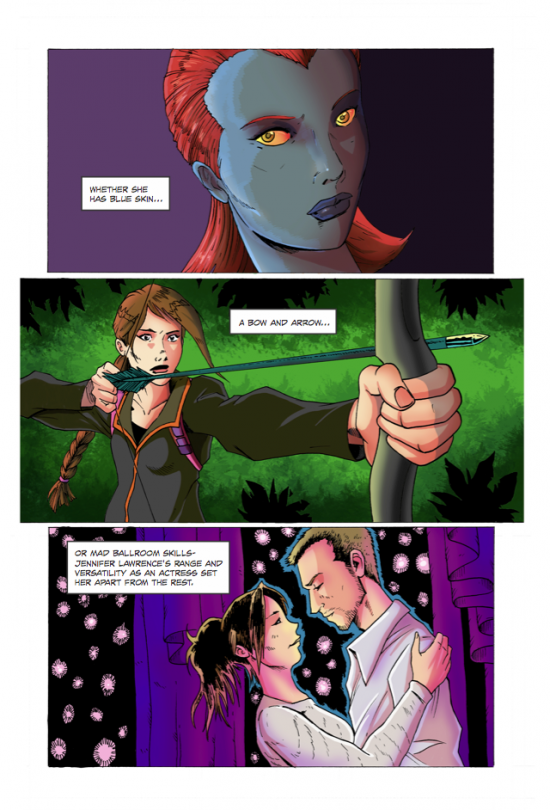 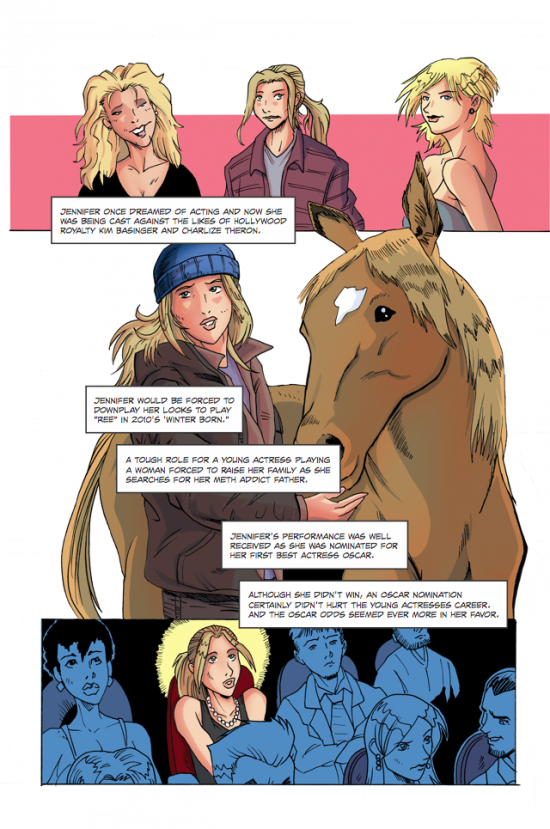 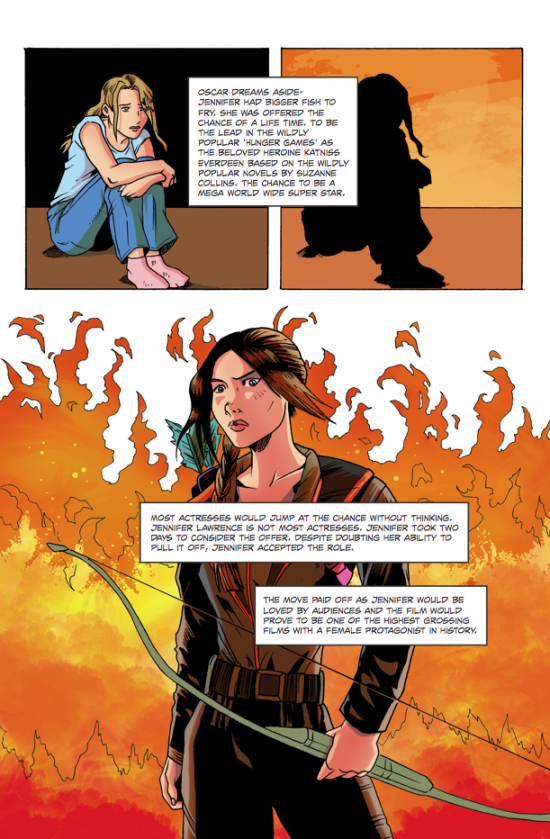 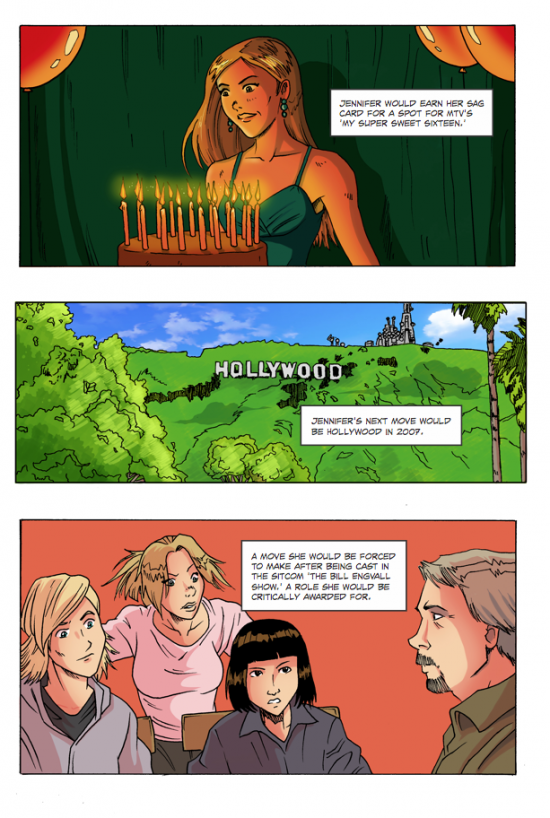 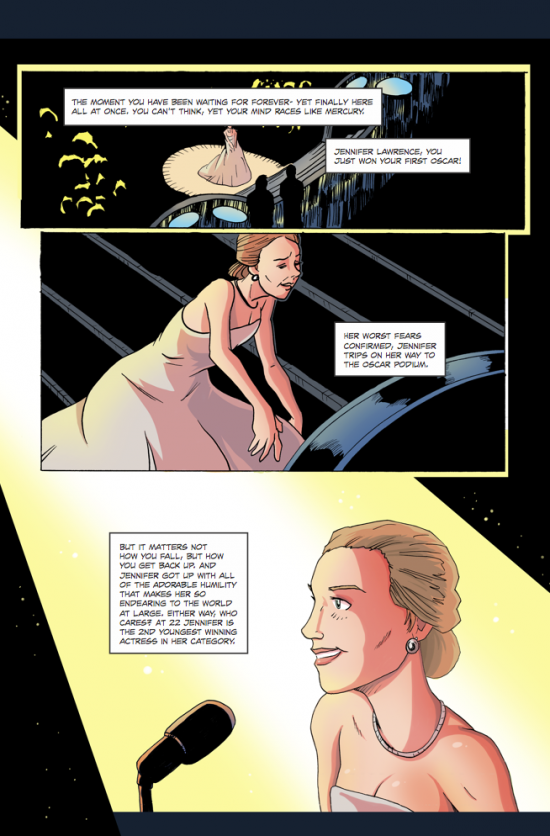