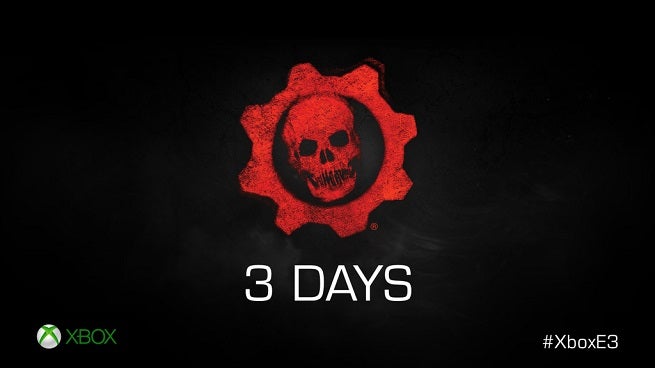 For a while now, it's been an open secret that the next Gears of War game will see a trailer or gameplay footage release at E3 next week -- but the game's official Twitter feed has now confirmed it with a "countdown" graphic that lines up with the start of the convention.

You can check out the tweet, made earlier today, below.

IGN indicates that it's not totally clear whether we'll get footage from the next installment of the franchise, a rumored remastered version of the original game or both. Either way, it seems we'll know in three days.