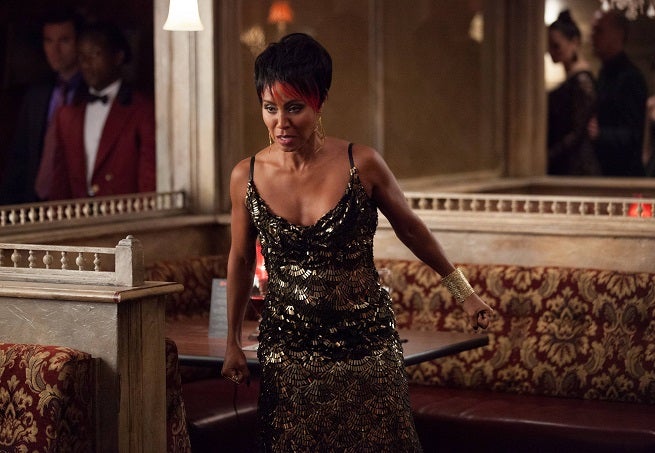 During an appearance at Paley Fest New York this weekend, Gotham villain Jada Pinkett-Smith told the audience that she'd like Arrow and Canary from Arrow to appear on Gotham.

An audience member put the question to the Smith: what DC Comics character would you like to see on Gotham who isn't already on, or planned? Other members of the group suggested Robin, but Pinkett-Smith went outside the box a little.

"You know what? Maybe Canary," she said. "I think I would have a good time. I think I could kick tail like her. Canary and Arrow."

Obviously, this plays into some buzz that's been floating around the Internet about what appeared to be an Arrow Easter egg on Gotham. Showrunners later denied that there was any intentional connection.

You can see the full Paley panel above.