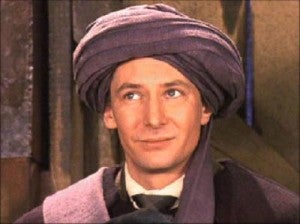 Veteran actor Ian Hart, best known to geeks around the world for his turn as Professor Quirinus Quirrell in Harry Potter and the Sorcerer's Stone, will join the cast of Marvel's Agents of S.H.I.E.L.D. in a recurring role, reports Entertainment Weekly.

EW had no further details on his casting and ABC had no official comment, in keeping with Marvel Studios' habit of telling the fans as little as possible about the plot for as long as possible to preserve secrecy.

Hart has a history on cable, having had roles on A&E’s Bates Motel, HBO’s Luck and FX’s Dirt.