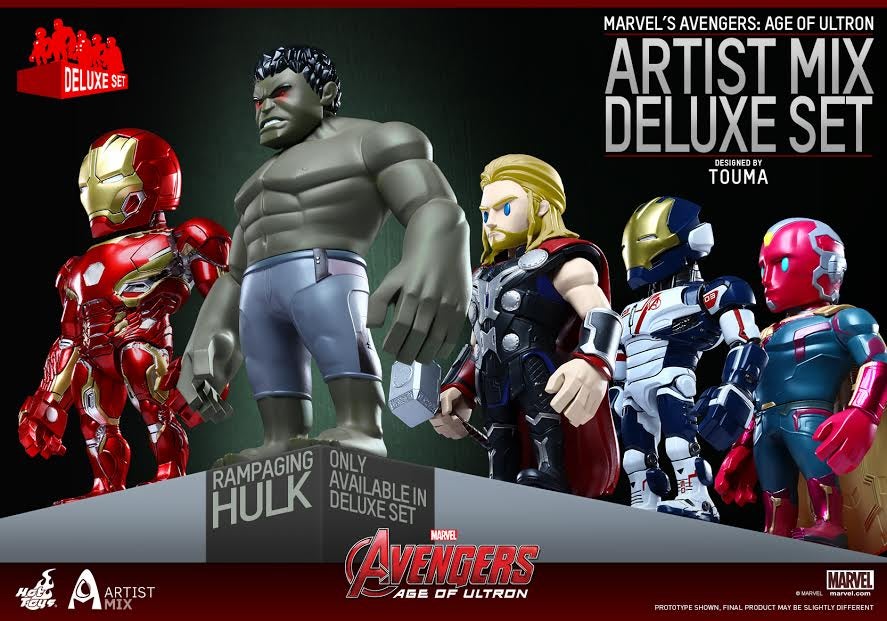 If Disney ever wised up and made a animated Avengers feature, this is what we'd like to think it would look like.

In this world where we can't have nice things, fans can settle for the next best thing: Hot Toys' second wave of highly stylish Avengers: Age of Ultron Artist Mix Figures Designed by Touma. Re-imagined in a simple-but-sleek style, this rendition of the Earth's Mightiest Heroes practically begs for a cameo appearance in Kingdom Hearts 3.

This second wave will feature Iron Man Mark XLV, Thor, The Vision, An Iron Legion Drone, The Hulk, and rampaging, Visine-commercial Hulk (though he's only available through a separate deluxe set including all four after-mentioned characters.) Clocking in at 5.1" tall (though Rampaging Hulk is 5.7") and with a bobblehead, they really put the "animated" in an animated style.

These hot, Hot Toys will brighten shelves everywhere between Quarter Three and Four 2015. Be sure to check them all out in the gallery below.

...But seriously. The sooner we can get an animated Avengers movie, the better.