With a sell-out announced yesterday and a second printing on the way, Image Comics's Chew: Warrior Chicken Poyo is a finger-licking hit.

Image Comics are allowing ComicBook.com to debut the cover to the second printing, exclusively seen below. 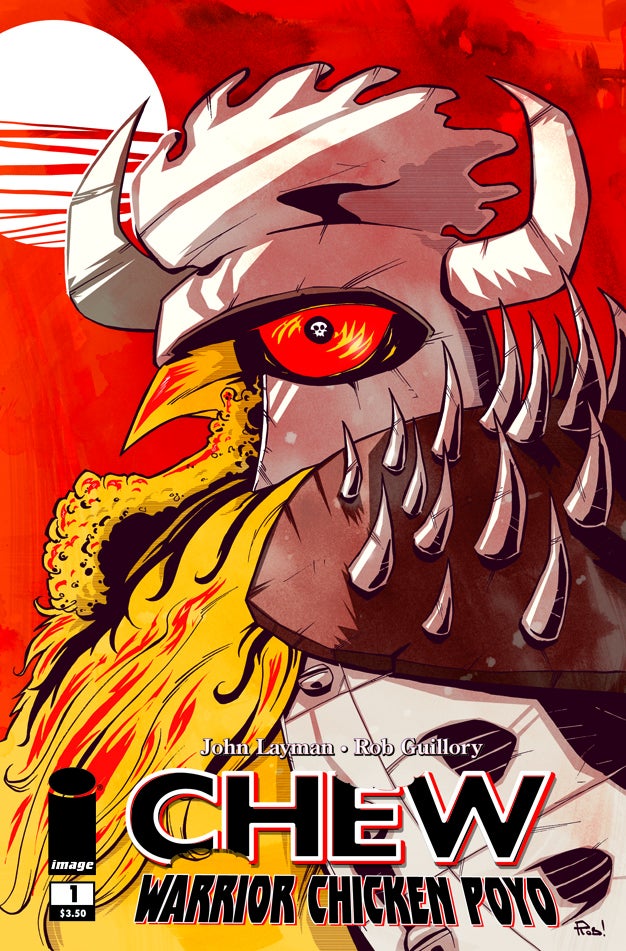 In this issue, the heroic, world-saving warrior chicken Poyo is plucked from the world of Chew and dropped into the magical kingdom of Yoek, a land that is home to characters that are strikingly similar to classic fantasy literature. Unfortunately, Yoek is also newly plagued with an evil Groceryomancer bent on destroying the kingdom with, well, angry sword-wielding, asparagus-spear-throwing vegetables, fruits, tubers, and legumes. The fate of the kingdom rests on the brave and noble warrior chicken Poyo's shoulders.

"Poyo is the ultimate bad-ass, and so is everybody who picked up the first printing of Warrior Chicken Poyo," said Layman. "But, in an effort to make the world less pathetic and lame, we're giving even more people a chance to prove their supreme awesomeness with an opportunity to pick up what's probably the best comic book in the entire history of mankind, if not the universe!"

Is My Hero Academia's Final Arc Playing it Too Safe?