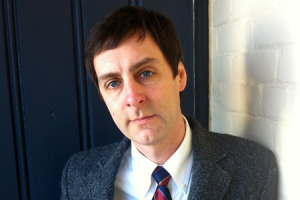 decided to do a "Person of the Year" thing in 2012 for the first time, and when we first came up with the idea, it seemed a bit daunting. How, after all, do you decide what one person had the biggest impact on the comics industry throughout a full year?

But when we started brainstorming a list of the biggest, most influential players in comics this year, it started to really dawn on us that there was one name that stood out head and shoulders above the rest: Image Comics Publisher Eric Stephenson, who stormed the barricades placed on the comics direct market by Marvel and DC in a huge way this year. 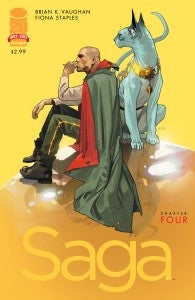 In fact, Stephenson, who shepherded Image through a year in which their roll never seemed to slow down, seemed like such a clear-cut choice that we opened the floor to our readers to vote, just to be sure we weren't overlooking something obvious. Twenty years since its founding, Image Comics had one of its best years from a creative, critical and sales point of view--and that's what made this an easy call. Titles like Revival, Saga and Fatale have topped everyone's year's best lists (including our own) and that's before you even consider Stephenson's involvement with Rob Liefeld's massively successful relaunch of the Extreme Comics imprint. Add to that the fact that The Walking Dead #100 was the best-selling comic not only of 2012 but of the last ten or so years, and you've got a really compelling argument that Stephenson is doing something very, very right. (Yeah, yeah, yeah--it was all about the variant covers. Well, that didn't work out for Uncanny Avengers, who used more recognizable characters in concert with deep discounts and other retailer incentives and failed to strip Kirkman's zombie drama of the title.) After a year in which Image had more notable launches than any publisher, even those releasing wave after wave of headline-grabbing relaunches of long-running titles, Stephenson even made our blood run cold for a minute when, back in August, he wrote a cryptic blog post announcing the retirement of his "It Sparkles" blog...but doing so in such a way that fans had to wonder whether it was his own retirement he was teasing. Even just losing that fun, irreverent and often insightful blog was something of a loss, though; after all, it was from there that Stephenson delivered a scathing and insightful critique of DC Comics and their controversial Before Watchmen launch. 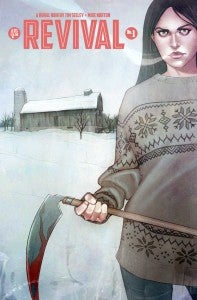 He wrote, in part:

"I'm still kind of gnashing my teeth over the Before Watchmen news, mainly because of how dismissive people are of Alan Moore's rights as a creator. "It was a dirty deal, and the fact that there are people who want to rationalize it by saying, 'Well, Alan Moore wrote League of Extraordinary Gentlemen and Lost Girls, and those books used other writers's characters, so how is this any different?' just shows that truth is a sadly devalued currency. It's different because Alan Moore and Dave Gibbons negotiated, in good faith, a deal that would have allowed them to retain the rights to Watchmen. "All in all, it's a strange double standard, arbitrarily applied to an amazing writer who has done more than almost anyone else to draw serious attention to this medium. And it's one that anyone who supports creator's rights should find fairly troubling, if not outright maddening."

Which, of course, is a legitimate position for anyone associated with Image Comics--the publisher launched with creator's rights at the heart of its charter--to take. It felt like, at 20 years old, Image was retaking some ground that it had lost in the mad shuffle of the comics industry's recent past. And here's the best bit: Stephenson's impact on comics this year has been unequivocally positive. While many of the people you think of as being the "most influential person of the year" might turn out to be somebody whose big, public blow-up eventually yielded positive results or someone who's turned controversy and adversity into a good thing, Stephenson and the rest of Image have simply excelled at their jobs this year, turning out month after month of memorable, beautiful and brilliantly-crafted comics, drawing some of the top talent away from Marvel and DC not by engaging the Big Two in any kind of big, public competition but by making Image a place that anyone would feel honored to work right now. And once creators get there? Something about the way Image is doing business right now is drawing the best out of them. Fiona Staples has always been a talent to be reckoned with, but the work on Saga is just lights out. Mike Norton and Tim Seeley have always been great at what they do--but Revival not only ups their game, but expands the definition of "what they do" along the way. Much of the credit of anything that goes on between the pages must go to the creators, of course, but Stephenson and the rest of Image deserve credit for fostering an environment that's clearly working.

Image Comics's Eric Stephenson Is ComicBook.com's Man of the Year

Chainsaw Man: Nayuta Is More Like Makima Than We Thought