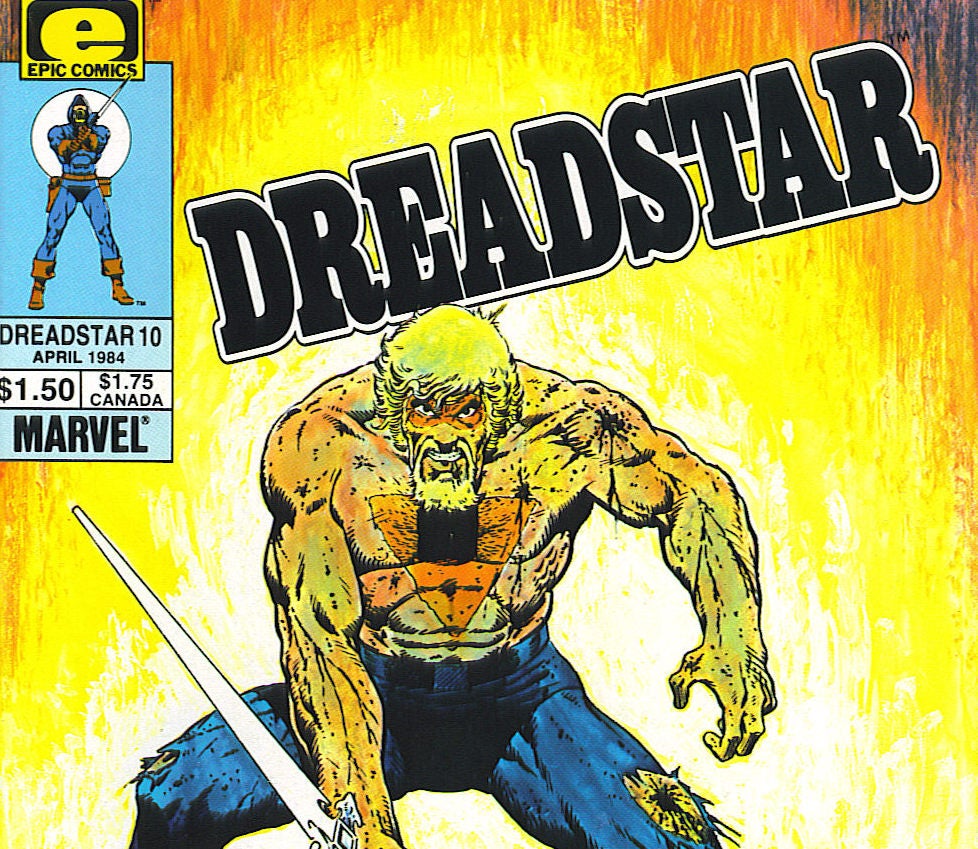 A live-action adaptation of Jim Starlin's original comic series, Dreadstar, is headed to television from Universal Cable Productions and Benderspink.

While the production companies have yet to find a network, they will work directly with Starlin in bringing the scripted television series to life.

"I consider Dreadstar tobe an extension of my family, so it took me a while to feel comfortable letting anyone else take care of this project," Starlin told The Hollywood Reporter. "It has taken some time, but I know I've put my trust in the right team and I'm excited to collaborate with Universal Cable Productions and Benderspink to bring Dreadstar's unique brand of chaos to television."

But this isn't the first attempt at bringing Starlin's cosmic warrior to life. Just last year, Starlin and Benderspink attempted to make Dreadstar a feature film with Illuminati Entertainment. While the film obviously didn't happen, the television series marks a second chance for Dreadstar's multimedia aspirations.

"Jim Starlin's cosmic space opera is a great read and it's time for Vanth Dreadstar to make his television debut," Universal Cable Productions executive Dawn Olmstead told The Hollywood Reporter. "UCP and Benderspink believe this series will galvanize existing Dreadstar comic followers and ignite a new generation of fans especially with Jim at the helm."

Stay tuned to ComicBook.co for more updates on Dreadstar.