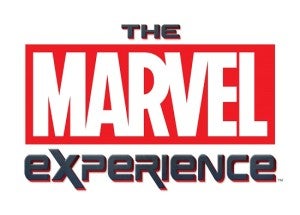 Marvel Entertainment announced today that they will team with Hero Ventures, a Los Angeles based entertainment company, to create The Marvel Experience, an entertainment roadshow featuring dozens of Marvel superheroes.

Marvel hopes the attraction will appeal to a multi-generational audience using state-of-the-art interactive and multimedia technology, including a 4D motion ride and original 3D animated features, allowing fans to be a part of the action. The tour will begin in 2014.

What this means for the Marvel Universe Live event, also planned to begin in 2014, is unclear; ComicBook.com has reached out to Feld Entertainment, who announced that similar-sounding project in March.

The Marvel Experience is a first-person superhero adventure in which audiences step into the Marvel Universe to become a part of the story and the action. Tour elements include a one-of-a-kind, traveling dome complex the size of two football fields developed exclusively by Hero Ventures. In addition to the 4D motion ride and 3D animated features, other components will include digitally projected animation, motion-comic origin stories, virtual reality and holographic simulations, original merchandise and integrated social media touch points all carefully woven into the rich narrative story line.

“Hero Ventures is developing a themed entertainment concept that we expect will be a transformative, traveling destination that will deliver to fans and families an exciting, groundbreaking and unique experience,” said Marvel’s VP of Business Development, Sean Haran.

“The dynamic creative elements we’re developing are going to enable anyone to feel like a superhero like Spider-Man or Captain America,” added Hero Ventures’ CEO Rick Licht. “We couldn’t be more excited about our partnership with Marvel. Kids and adults are going to be absolutely inspired, empowered and thrilled from start to finish, with an immersive experience that is not just memorable, but unforgettable!”

Cohl, former Live Nation Chairman and legendary live event impresario, along with his Spider-Man: Turn Off The Dark co-producer and PRG founder Jeremiah “Jere” Harris, will serve as lead producers.

Marvel Experience Coming from Spider-Man: Turn Out the Dark Producers