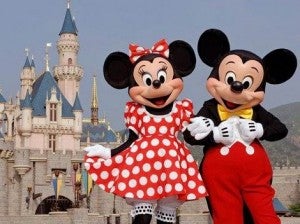 During a speech outlining his upcoming budget, Hong Kong Financial Secretary John Tsang has revealed that the Chinese Disneyland location will be the first in the world to roll out features based on Marvel's superhero characters.

"In the coming few years, Hong Kong Disneyland will launch a new night-time parade and put in place a themed area featuring 'Marvel heroes,' the first of its kind in the world," announced Tsang in a report that can be found online.

A "themed area" is a pretty broad description of what tourists might be able to expect there, but certainly just the existence of plans is interesting, although the fact that it's notable enough to be on the Financial Secretary's radar likely indicates the scale is not minor.

Here in the U.S., both Marvel and Disney have been noncommital as to exactly when their relationship might evolve, given the fact that Marvel has a long-standing relationship with Universal Studios Islands of Adventure, which has been in place since long before the comic book giant was acquired by Disney.

The Circle Season 2 Has Finally Arrived on Netflix