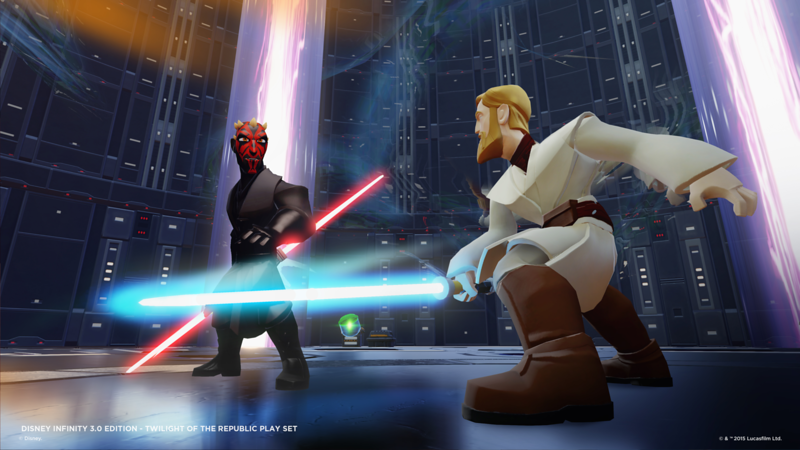 The Jedi may be facing their final days, but at least they'll look incredibly perky while doing so.

Those final moments of The Clone Wars and The Republic are set for animated exploration in Disney Interactive's upcoming Star Wars: Twilight of the Republic playset for Disney Infinity 3.0 Edition. The game will take place during the Clone War's latter years, as players travel to Tatooine and Coruscant, slice up some droids, and fight alongside Obi-Wan, Anakin Skywalker, Yoda, and more in a (kinda doomed) fight to save the republic. But more importantly--they'll like Pixar characters while doing so!

Check out official images for the Disney Infinity play pieces, along with screen grabs of the game in action, in the gallery below.