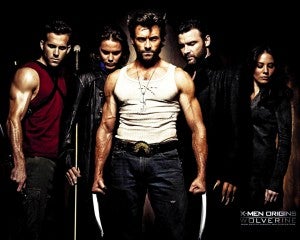 today has news from the Justice Department that Gilberto Sanchez, the Bronx, NY man who was convicted of being the first to upload an unfinished workprint of X-Men Origins: Wolverine to the Internet, has been sentenced to one year in prison. The original source of the leak has never been found (or at least not made public), with Sanchez claiming to have bought a physical DVD from a street vendor near his home before uploading it to torrent sites. The film was downloaded over 4 million times before it ever made it to theaters, and there was a good deal of speculation that the leak would hurt its box office performance. In the end, the film made a little over $350 million, as compared to the $450 million that X-Men: The Last Stand made three years before. Some critics and experts have argued that, due to lackluster reviews, bad word-of-mouth and a Swine Flu outbreak that kept people away from big crowds at the time of the film's release, it's difficult to assess what, if any, impact the pirated copy had on the movie's bottom line. "Although Fox was able to get defendant's Wolverine workprint removed from his Megaupload account [where the original upload took place] within approximately one day,"prosecutors told the court, "by then, the damage was done and the film had proliferated like wildfire throughout the Internet, resulting in up to millions of infringements." In her ruling, the judge referred to Sanchez's offenses as "extremely serious." U.S. Attorney Andre Birotte, Jr., said in a statement, "The federal prison sentence handed down in this case sends a strong message of deterrence to would-be Internet pirates. The Justice Department will pursue and prosecute persons who seek to steal the intellectual property of this nation."

Pirate Who Leaked X-MEN ORIGINS: WOLVERINE Gets One Year In Prison