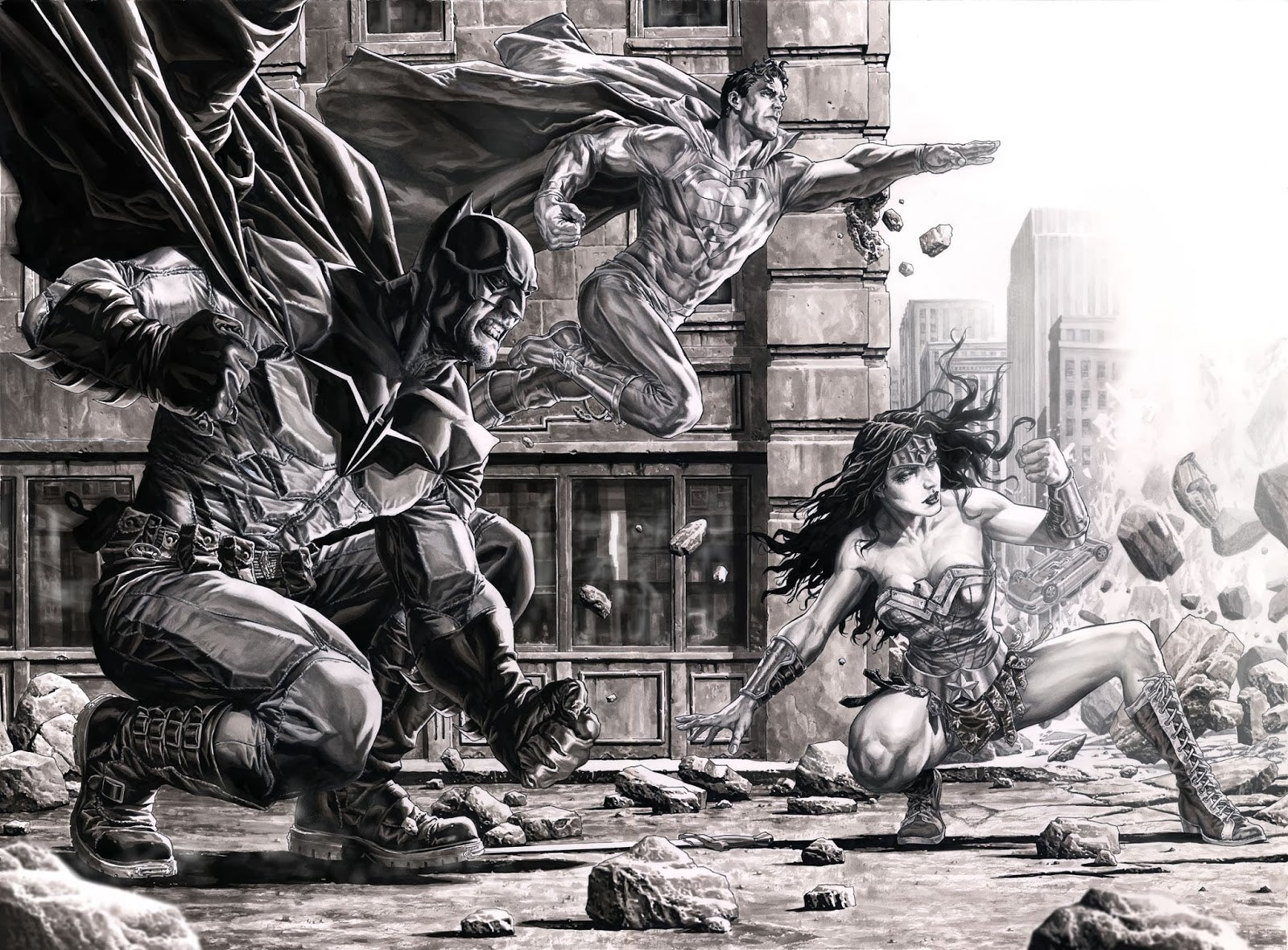 Finke claims that she's got a rough breakdown of Warner Bros.' big-screen plans for DC Entertainment, and that it's pretty busy between now and 2018, when fans will get an honest-to-God Man of Steel sequel.

According to Finke, here is how the DC Cinematic Universe (plus Sandman which, in all likelihood, won't take place in the same world) will take form:

There had been talk of a Metal Men and Suicide Squad movie for sometime in 2016 but that project fell off the schedule.

Most of these are either properties that were known to be in development, or are no particular surprise, with the Flash/Green Lantern project and Man of Steel 2 the only real surprises.

As far as what it tells fans about DC's future on film? Well, possibly quite a bit.

Dwayne "The Rock" Johnson was in talks for a long time to play Black Adam in a prospective Shazam movie that never got off the ground. That he's now apparently on board for a DC movie and Shazam is back in play, that seems a likely home for him, rather than the odder Aquaman/Lobo/Green Lantern choices that had been proposed online.

There's also the fact that Justice League is set for May 2017 according to this -- giving the film its first official release date, only a year after Batman V Superman: Dawn of Justice and lending credibility to the idea that the two will be shot back-to-back (Finke claims that Justice League was, indeed, the reason for delaying Batman V Superman). Here's the money quote on that, which seems to come from a source that doesn't really...get...how Marvel's The Avengers worked:

“Like Marvel’s The Avengers, there will be cameos of superheroes for future installments. The cameos will include the already known Cyborg and Flash. Green Lantern [not played by Ryan Reynolds, thank god] may be introduced.  And Aquaman will be seen in the Justice League movie. Problem is, Warner Bros Pictures was still negotiating with the actors for those cameos and future roles, meaning major contracts for multiple JL/character films to follow. The studio didn’t want to move forward until they had more of this secure so they held off starting production for a few months. Seemingly simple reason, but the implications are pretty darn huge.”

It also suggests that Warner isn't backing off from competition with more established superhero films, since X-Men and Spider-Man movies are often released in May -- and Marvel have an as-yet-unannounced film planned for the first weekend in May that year. Since Warners has a LEGO Movie sequel coming out later in the month, that means in all likelihood Justice League would come out within a week or two of whatever Marvel has planned.

Wonder Woman would also open in the same month as the sequel to the upcoming Fantastic Four reboot, although it's hard to say whether Marvel would much care about that.

The long-rumored movie version of The Flash morphing into a Brave and the Bold-style team-up film is an interesting notion. Could it be that Marc Guggenheim and Greg Berlanti, who have been involved with both franchises in comics and on screen, could be called upon to produce? With The Flash on The CW getting rave reviews of the pilot, the bigger question might be whether Warner Bros. will try to integrate their TV universe into the movies. Grant Gustin might be a difficult sell as the lead of a major theatrical tentpole at this point in his career, but if the show is a success and Flash was paired with a Green Lantern (we see Ferris Aircraft in ads for the pilot episode) who was a bona fide draw at the box office, suddenly the risk might seem less daunting.

A "Metal Men and Suicide Squad" film sounds...hard to imagine. It could be that somebody along the way got wires crossed, or that the properties were somehow going to be inhabiting the same space. In any event, going from having a solid date to falling off the schedule sounds like the director (Barry Sonnenfeld has been attached to Metal Men for a while now) may have had a conflict. Perhaps Men in Black 4? We may see that again.

The absence of a Batman movie is interesting, too; obviously, besides Superman and Wonder Woman, he's the other major superhero character who's already been cast and presumably Affleck has some solo films built into his contract. Batman remains the most consistently profitable solo superhero franchise, too, so it stands to reason there's a plan in place for more...although it's entirely possible that Warners is simply aware of criticisms that they rely too much on the character at the expense of their other intellectual properties and hope to give the other movies some room to shine at San Diego.

Report: Five More DC Movies To Be Announced at Comic-Con, Including Wonder Woman

Everything Announced for NXT and AEW Dynamite July 22 Episodes