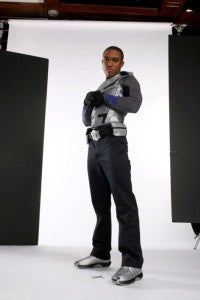 Lee Thompson Young, whose interpretation of Cyborg was one of the most popular DC heroes on Smallville, was reportedly found dead today at age 29.

TMZ is reporting that Young died of an apparently self-inflicted gunshot wound at his Los Angeles home. The former star of The Famous Jett Jackson is currently appearing on TNT's hit police procedural Rizzoli & Isles, which was just renewed for a new season on Sunday.

The news and gossip site reports that Young's landlord found the actor's body after being asked to check up on the man when he didn't arrive for work today.

Local police have confirmed the report for Entertainment Tonight.

“It is with great sadness that I announce that Lee Thompson Young tragically took his own life this morning, said Young’s manager Jonathan Baruch. “Lee was more than just a brilliant young actor, he was a wonderful and gentle soul who will be truly missed. We ask that you please respect the privacy of his family and friends as this very difficult time.”