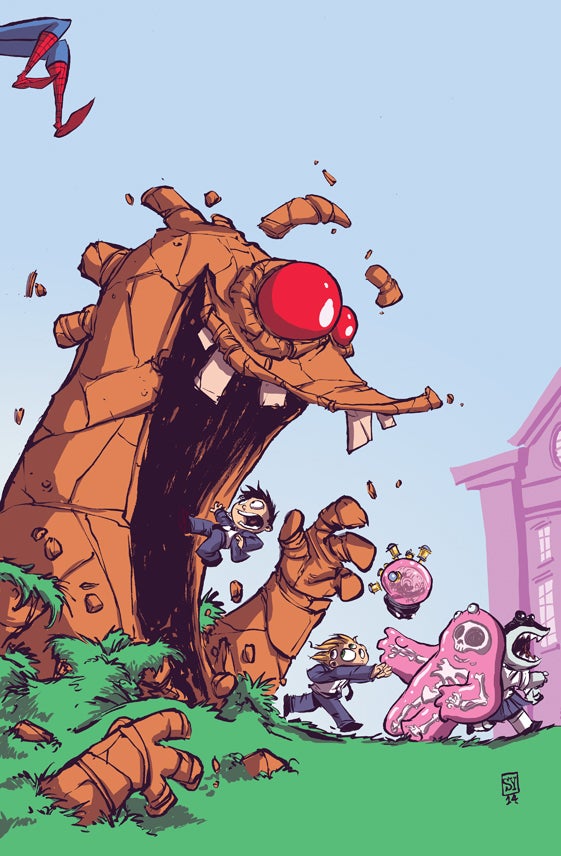 Wolverine may be dead, but someone still has to run the Jean Grey School of Higher Learning. And that lucky individual is none other than Logan’s favorite non-mutant: The Amazing Spider-Man.

Spider-Man takes over the Jean Grey School in Marvel’s preview of the upcoming "Spider-Man & The X-Men #1." Written by Elliot Kalan and illustrated by Marco Failla, Marvel’s new series find Peter Parker struggling to fulfill Logan’s dying wish and embrace the role of Special Guidance Counselor at the Jean Grey School. But as homo sapien, how can Spider-Man relate to his gifted Youngsters and mutant co-workers? It’s a concept that Kalan plans to explore in the upcoming series.

“Not only will Spider-Man not be accepted by the students—who see him as a goofy weirdo—he isn't even accepted by the other teachers! Spider-Man’s long had a relationship with the X-Men, but he’s not a mutant and with mutant/human relations where they are, that's a big problem,” Kalan said in an interview with Marvel.com. “Spider-Man’s a friend, but now he’s acting like a member of the family, and that’s bound to create tension.”

But playing nice may be the least of the mutant’s problems, as Spider-Man takes his new students into a battle against Marvel’s prehistoric villains Sauron and Stern, The Dinosaur Man. Hopefully someone packed some extra web fluid.