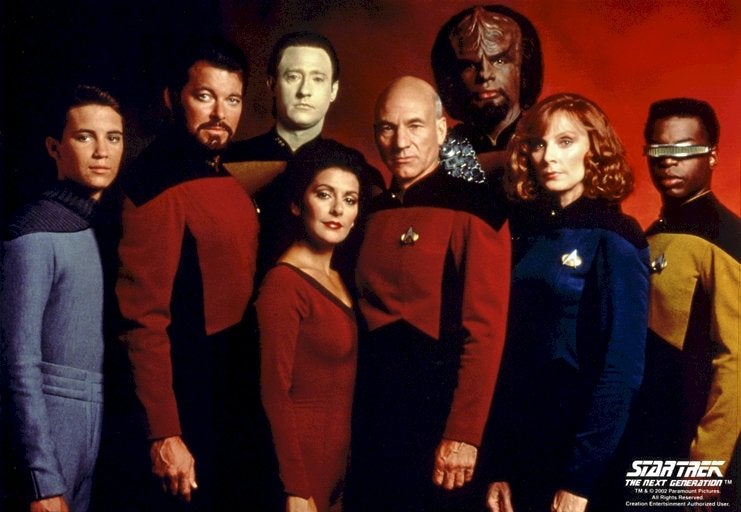 Next month, the cast of Star Trek: The Next Generation will reunite for a fan event as part of New York Comic Con's Super Week programming.

William Shatner, who played Captain Kirk on the original Star Trek, will serve as master of ceremonies.

Fans interested can get tickets here. The event will take place Friday, October 10 in the Hammerstein Ballroom at 7:30 PM for a two hour presentation. Tickets will be priced between $39 and $175.

What could be better than a live conversation with the cast of Star Trek: The Next Generation? Pretty much only one thing, if said live conversation was moderated by the original captain. New York Super Week welcomes William Shatner as he leads a panel featuring cast members from Star Trek: The Next Generation. Learn about the final frontier from the actors who had a front row view. This is happening!

Dragon Ball Super: A New Movie Is Not Enough

SYFY's Day of the Dead Series Set to Premiere This Fall