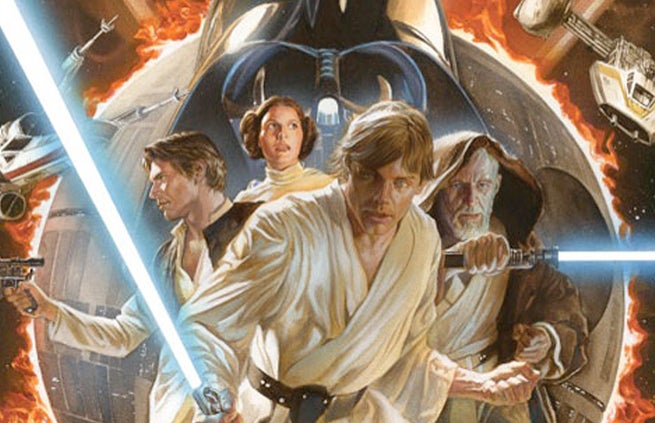 Star Wars #1 has finally hit shelves today, ushering in a new generation of original Star Wars comics that occur directly in the original trilogy's continuity. Written by Jason Aaron and illustrated by John Cassaday, the series occurs between the events of A New Hope and The Empire Strikes Back.

On top of an incredibly-delivered story, which you can read more about here, Aaron and Cassaday even managed to sneak a few Easter Eggs and references that any self-respecting Star Wars buff should catch. Below, we pick through the first issue of Star Wars with the intensity of a Jawa Scavenger to find all the great callbacks and references that show just how connected to the force this issue is. 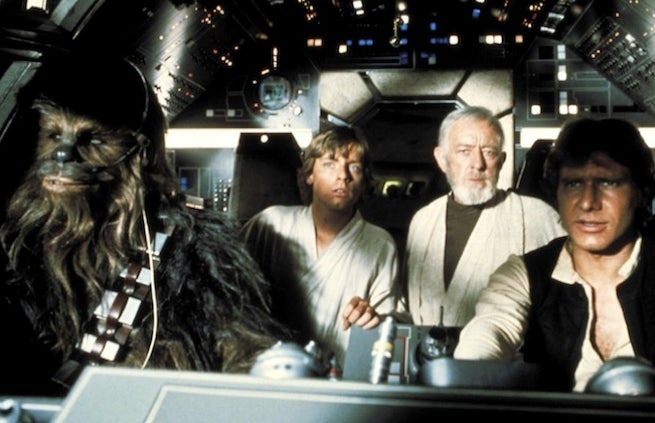 When the Rebel's mission to destroy the Empire's industrial facility seems to be going well, C3-PO says "I dare say I have a good feeling about this," to Han Solo. The line is a callback to one of the series' most famous lines, "I have a bad feeling about this," which almost every major Star Wars character has uttered in the original trilogy and prequels. 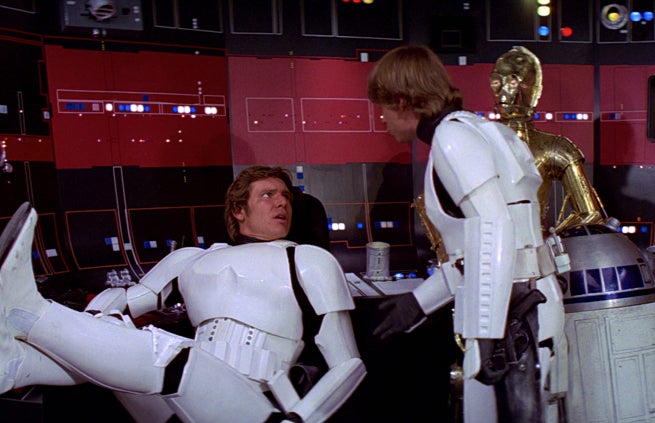 When Han Solo is led into the Empire's industrial plant, he is accompanied by two guards. Of course, they aren't really guards, but Luke Skywalker and Princess Leia in disguise. This marks the second time that the rebel fighters have relied on disguises to infiltrate the Empire's guarded bases. The first, of course, came in A New Hope, when Luke, Leia, and Han disguised themselves as Storm Troopers. Moving forward, the Empire may want to start taking a closer look at all masked personnel. 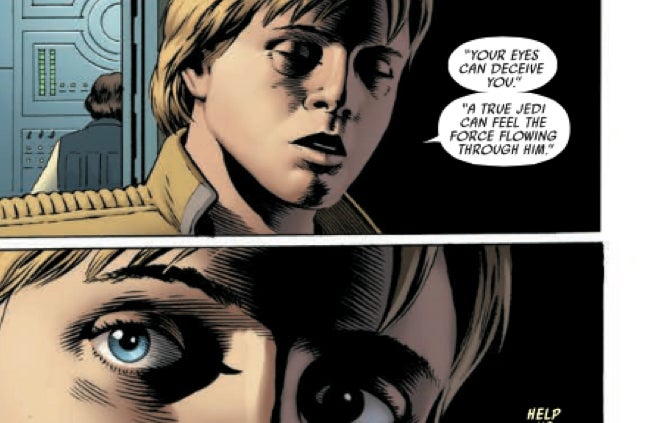 When Han Solo directs Luke to look out for Storm Troopers, Luke utters some sage words to hone his mind for the task. Closing his eyes, he mutters "Your eyes can deceive you. A true Jedi can feel the force flowing within him." These words are a direct quote from Luke's former trainer and friend, Obi-Wan Kenobi, from a New Hope. 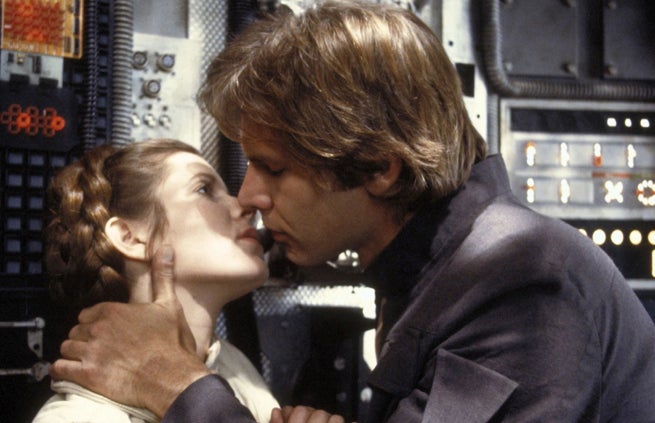 As Han Solo and Princess Leia work towards rigging the industrial site's core, Leia asks Han Solo why he continues to help the rebels. Han tries dodging the question at first, but Leia keeps pressing, bluntly asking Han what it is that he really wants. Han gives her a sheepish look, saying, "Um, maybe now's not really the best time to…" While this isn't an absolute guarantee, it certainly seems like Han is trying to find a way to tell Leia that he's sticking around for her. It's the first—and so far, only—moment in the series that shows the budding romance between Leia and Han, which is directly addressed in The Empire Strikes Back. 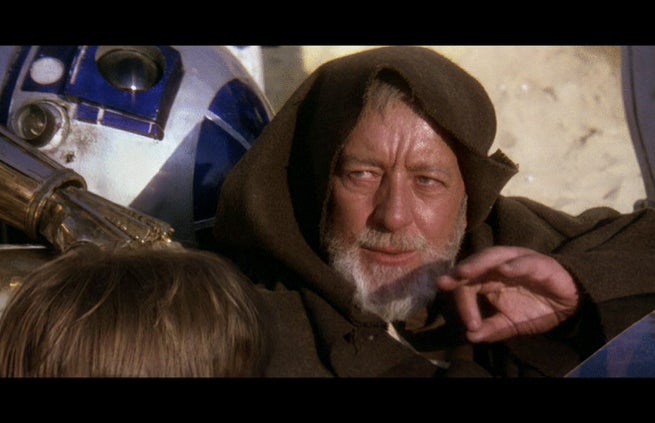 When Luke is later caught by an guard watching over the Empire's slaves, the budding Jedi tries diffusing the situation with the phrase, "These aren't the slaves you're looking for." The line has no effect on the guard, unfortunately, to which Luke mutters "it was worth a try." Here, Luke is obviously try to pull the oldest Jedi Mind Trick in the book, taking a page from Obi-Wan Kenobi from when he famously tells some Storm Troopers that C3-P0 and R2-D2 are "not the droids you're looking for." Better luck next time, Luke.

A Show of Hands 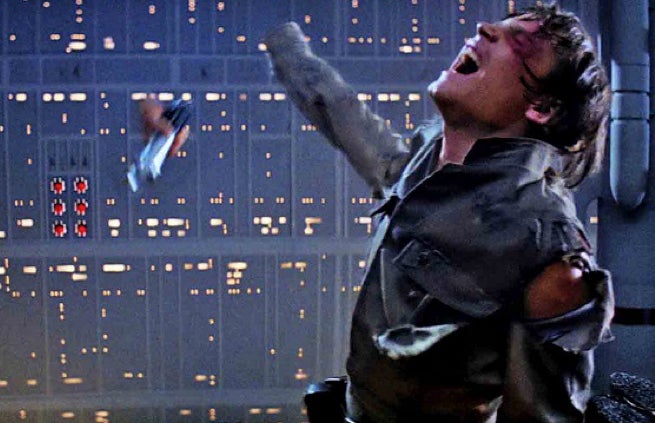 When Luke's Jedi Mind Tricks against the guard don't work, he resorts to his next best option: his lightsaber. With his ancient Jedi weapon, Luke quickly lops the guard's right hand off. While not exactly a reference, it certainly foreshadows Luke's own loss of his right hand in The Empire Strikes back, when Darth Vader returns the favor. And of course, Vader has a robotic right hand as well, which he lost as Anakin Skywalker in the prequels. Let's hope everyone in the Star Wars Universe is left-handed.

Did we miss any anything, or get anything wrong? Let us know in the comments below, and we'll keep updating this list.

Dragon Age 4 Update Has Both Good News and Bad News