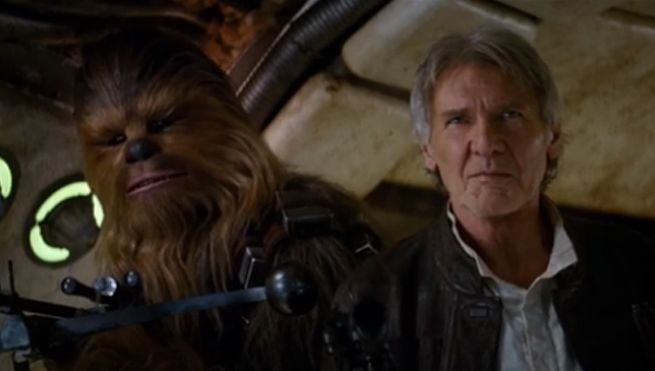 Riding high off of fandom's rabid response to Star Wars: The Force Awakens' second trailer, industry experts are now predicting that the sequel could pull more than $500 million at the worldwide box office on its opening weekend.

According to analysts, J.J. Abrams' journey to the Galaxy Far, Far, Away could rake in as much as $540 million globally within its first three days. That would obliterate the $483.2 three-day opening record held by Harry Potter and the Deathly Hallows Pt. 2.

Currently, the U.S. opening weekend champ is Disney's other mega franchise, The Avengers, which earned $207.4 million. Though next month's Avengers: Age of Ultron will likely shatter that number, many suspect The Force Awakens will surpass both.

To hit that lofty goal, The Hollywood Reporter says that Disney and Lucasfilm would give Star Wars the widest theatrical release in history, with 4,500 locations screening the movie on opening night. Indeed, the only power stronger than the force is the power of the box office.

Do you think Star Wars: The Force Awakens will earn $500 million on opening weekend when it opens on December 18? Sound off in the comments below.

Pokemon Go Creators Are "Ramping Up" Actions Against Cheaters