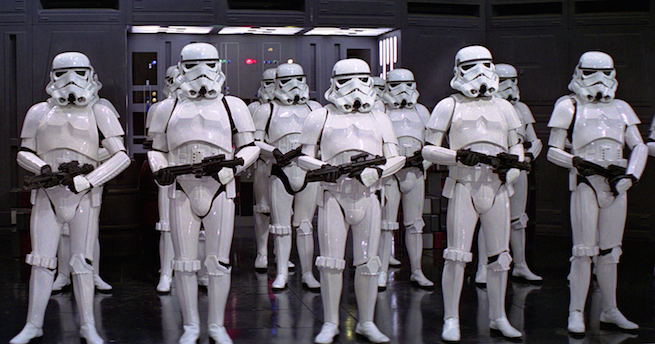 With Episode VII aiming to feature a diverse cast, Mirror reports that a female stormtrooper will be featured in the upcoming sequel as well.

English actress Amybeth Hargreaves has been cast as one of the elite soldiers in the Disney reboot. However, it has not been confirmed whether the actress will play a credited female stormtrooper or if she could be playing a stunt double of cast member Gwendoline Christie.

Christie has been attached to Episode VII but there’s yet to be confirmation on what role the Game of Thrones star is expected to play.

Star Wars: The Force Awakens lands in theaters on Dec. 18.