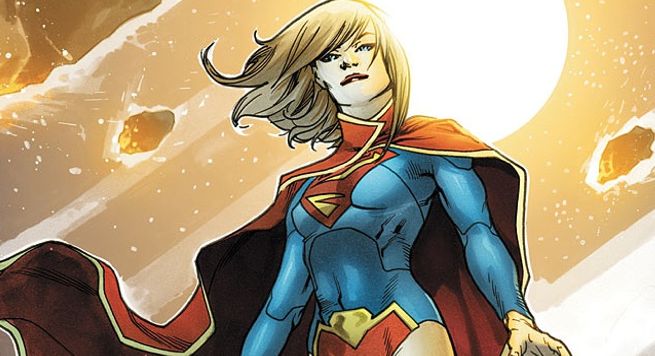 In the new issue of Entertainment Weekly, a report indicates that Greg Berlanti's upcoming Supergirl project at CBS could tie into the shared universe of Arrow and The Flash.

CBS, which co-owns The CW with Warner Bros., is wading into superheroes for the first time in years with Supergirl, which landed there with a 13-episode commitment and will air its pilot in the fall. A profile of Berlanti ran in this week's EW, centering primarily on the business side of things, featured this bit, spotted by Green Arrow TV:

Later in the afternoon at his other office on the Warner Bros. lot, Berlanti meets with fellow producer Ali Adler and Oscar-winning costume designer Colleen Atwood to go over looks for their upcoming revamp of Supergirl. The show will follow 24-year-old Kara Zor-El, Superman's cousin, and with a twist that that could melt fanboy brains, Berlanti says it's possible this Supergirl could enter the worlds of Arrow and The Flash.

The CW series don't share a universe with either the DC Cinematic Universe or with Gotham or Constantine. iZombie, coming later this year, is set in its own world (as it was in the comics), and while there's some speculation that Gotham could tie into the movies or Constantine into the hoped-for Dark Universe film adapting Justice League Dark, up to now, DC Entertainment has kept their universes separate, ostensibly to allow producers the most creative leeeway. With The Flash and Arrow taking on bigger and more recognizable superheroes and supervillains, though, it may be a no-brainer to let a series with quasi-shared ownership and a shared executive producer at least theoretically coexist with them.

Supergirl Could Share a Universe With Arrow and The Flash