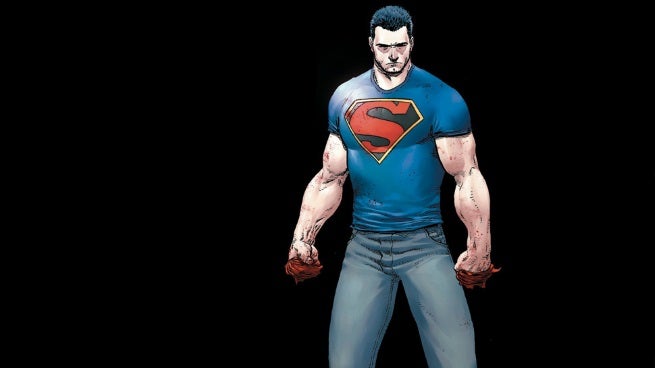 In addition to the new Wonder Woman costume revealed earlier today, it looks like Superman is also getting a redesign from DC Comics in June.

The new costume looks like a throwback to the t-shirt and jeans look that Superman sported in Action Comics when the New 52 first began, but with a different "S" shield. This shield is set again a black background, with yellow outline surrounding it.

The costume appears on Aaron Kuder's cover for Action Comics #41 (via Nerdist), and again on the cover of Superman/Wonder Woman #18 (via UPROXX). You can check out both covers in the gallery below.

Action Comics #41 and Superman/Wonder Woman #18 both ship from DC Comics in June.