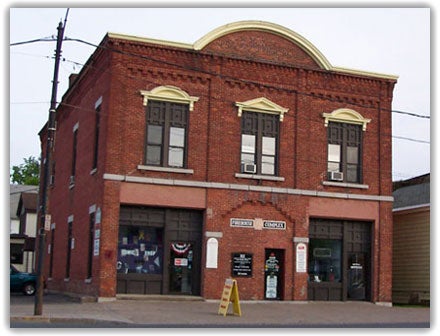 Twenty years ago last weekend, DC Comics killed Superman in what would, for many readers, be the event to end all events. The burgeoning speculator market of the 1990s grabbed hold of the Super-mania that came during and after that story, and among other things, a number of new comic book retailers opened up, suddenly confident that they could make a living off the millions of fans streaming into their local stores looking for black-bagged gold. One such retailer was Arlene Spizman, the owner of The Comic Shop in Oswego, New York. Spizman turned her antique shop into a comic book store in October 1992 after seeing interest in comics spike around the time the Death of Superman and other big gimmick stories were announced. Oswego is a smallish city in north-central New York, defined principally by cold weather and a state university. It is, however, isolated enough to from the rest of the area (the closest shopping outside of the city limits is  about 15-30 minutes away) to support its own miniature economy, with two supermarkets, a comic book store, an independent cinema, a Wal-Mart and dozens of bars and restaurants catering to the college crowd. I was part of that crowd once, and Spizman's store remains my all-time favorite comics retailer; once a year or so, when visiting Oswego County for the Sterling Renaissance Festival, I manage to swing by...and sometimes I get a double-dose of Arlene and her friendly staff when I run into one or more of them at the New York Comic Con. So this is hardly an unbiased examination of Arlene's business...but it's worth noting that a store started during the height of the speculator craze, and run by someone who didn't know anything about comics at the time (the content OR the business), has managed to stay afloat in spite of changing times and tastes.

Spizman's store is physically a fairly small one (though packed wall to wall with product), nestled in a building that you wouldn't recognize from hte street if it weren't for the elaborate window displays that she and her employees put together, usually themed to tie into either the season or whatever big movie or TV show is out. Their focus is heavily tilted toward graphic novels, with a staff of local residents that hasn't changed since I went to college there five years ago. They know their customers well, though, and avoid many of the traps of being a small store (like being forever sold out of things or having part-timers who don't know the product because you're trying to keep the store afloat cheaply). The Comic Shop is also engaged with the local community, holding regular sales and game tournaments, donating comics, graphic novels, toys and money to schools, charities and other organizations around town as well as mailing comics to local troops deployed overseas. While Spizman's twentieth anniversary (and our interview) happened in October, her connection to the Death of Superman event seemed like a suitable enough companion piece to our interview with Superman #75 writer/artist Dan Jurgens earlier this week. There are a lot of good stores in Upstate New York and the Central New York area--so many that it almost doesn't seem like the market should support them. How do you flourish in a marketplace like that? Oswego is kind of its own community, so I'm lucky in that respect because people do have to drive for thirty-five miles to get to the mall. I feel pretty good about being able to provide this type of store to the community, and the surrounding area, too. There are a lot of small towns in this area that were thrilled when we first opened because the only way they could get comics at that time was on newsstands. Now they have a store that they can actually come to and get a better selection. Yeah, as much as there are six stores in Syracuse at any given time, there's nobody north of you. No, there isn't--and rightly so because we probably couldn't support two stores like this in this area. I'm very fortunate that I've got something to sell where Wal-Mart isn't going to come in and put me out of business. I remember when they first came into town, going to a seminar where they told businesses how they could survive in a Wal-Mart climate...and again, I was very fortunate because I don't have to worry about them carrying what I carry in general. I mean, they're very competitive with action figures and they do carry card games and everything but they also don't have people there to help you find certain figures or explain the card games or hold tournaments, that sort of thing. We provide all of those amenities, and I try to keep it fairly friendly, as you know. I try to get to know all of my customers and we try to make it an environment where anybody is comfortable coming in here, whether it's a grandmother or a ten-year-old kid.

Surviving 20 Years in the Comics Retail Market: A Q&A With My Favorite Retailer