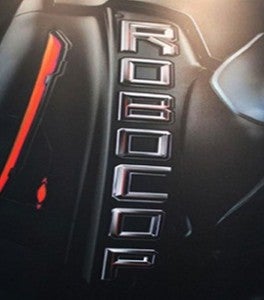 Sony and Screen Gems's panel today at San Diego Comic-Con International took a fairly broad approach, touching down on more movies than the Marvel or Warner/Legendary panels are expected to do tomorrow.

It started with Cloudy With a Chance of Meatballs, screening two animated clips and a live-action one with members of the voice cast. Anna Faris, who appears in the film, made sure to let the fans know that voice acting is NOT an easy job, as it's often characterized, and that there are a lot of creative people involved with bringing a CG-animated film to life.

Panelists explain that the Foodimals were created by taking real-life food and sticking eyes on them, then taking much, much longer than that to animate it to something worth watching. Those critters get the last word on "Cloudy..." as that portion of the panel wraps.

Up next is Mortal Instruments: City of Bones. Undeniably the highlight of that presentation is where Kevin Zegers says "we’re at least going to be able to make one more of these."

Samuel L. Jackson, playing Frank Novak on a show-within-a-show, starred in the first footage from RoboCop, which is what's up next. Jackson says his character is like a mix of Rush Limbaugh and Al Sharpton.

Director Jose Padilha tells the audience that it's not a bad thing they're remaking a beloved movie--that doing so is part of the film's appeal. Meanwhile, Michael Keaton will play the head of OmniCorp--a role previously vacated by Hugh Laurie. The role will apparently be morally "complex."

Joel Kinnaman, the film's star, hints that RoboCop's body doesn't have as much flesh in it as the previous incarnation, saying that he's essentially amputated from the neck down. Alex Murphy apparently never really "died" though. His hand also appears on the "robot" body as a way of skirting laws against using robots. He also says the visor is generally up but it comes down when he gets a call to do his Robo-copping.

They also played a trailer--not the one above, but I found that while looking, and it's pretty cool. In the one shown at Comic-Con, the original Robocop design is briefly featured.

Andrew Garfield did great with the Spider-Man costume, wearing it and staying in character, even joking that Emma Stone is hot when she Skyped in. When her video crashes as a result of Electro, Jamie Foxx comes out onstage and is immediately accosted by Spider-Man, who geeks out about Any Given Sunday. Awesome.

Electro is the opposite of Spider-Man in the film, says Foxx. He's a serious character who is abused and forgotten by his "loved" ones.

Marc Webb, the film's director, wanted to build a world that will play out over the course of the franchise.

A trailer for the film was released, which you can read about here.

Spider-Man is finally unmasked, and Andrew Garfield is on stage talking about how SPider-Man was designed as somsone anybody can relate to, no matter who they are. Spider-Man is kind of like Peter Parker's older brother, he says, while Peter and Dane DeHaan's Harry Osborn were childhood friends separated when Harry was sent to boarding school.

A few answers to the Q&A:

They draw inspiration from the comics--all over the place, not just regular Marvel Universe or the Ultimate Comics.

Paul Giamatti doesn't seem to be in the film much--the Rhino looks to be mostly comic relief.

"It’s like meeting Mickey Mouse; he can’t be real," says Garfield about hanging out with Stan Lee.