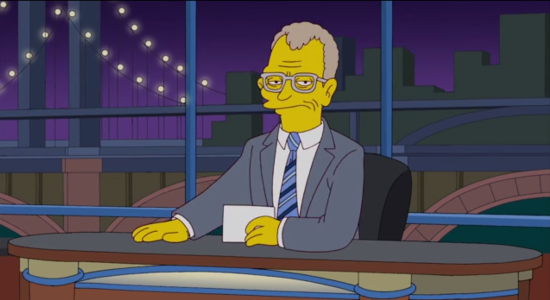 The gag starts with the Simpsons in a cab. The family gets out and runs through New York City. Homer pauses for a game of three-card Monte, losing, before being dragged off by Marge. Homer head-butts his family's way into Letterman’s studio just in time to do the couch gag. Letterman voices his disappointment before throwing it to Paul Schaffer and the CBS Orchestra.

The sequence ends with a title card that says, “We’ll miss you, Dave.”

Letterman’s retirement came suddenly, after over 30 years hosting the Late Show on CBS. No replacement has been announced as of yet.