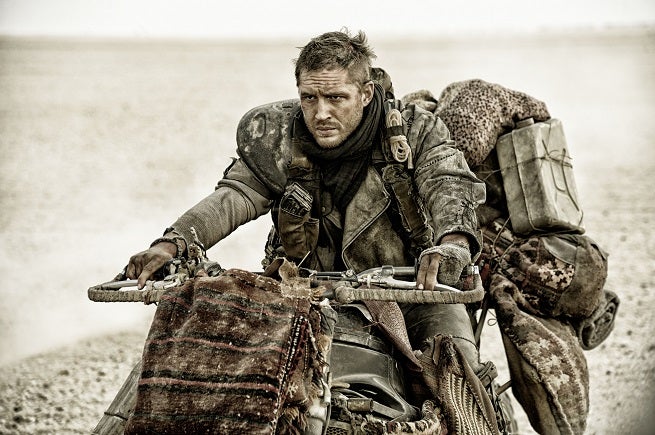 Tom Hardy may have walked away from a role in Suicide Squad, but it sounds like the Mad Max: Fury Road star isn't done with DC Comics yet.

Speaking to Collider, Hardy says he's still got something DC Comics related in the works.

"I actually got something cooking with Warner Bros. which is also a comic book, it's a DC thing which is kind of… It's really good actually, it contains elements of all kinds of stuff. From Ocean's Eleven, to Batman, you can get all the wrappers out and it would be a big, really cool, Technicolor, Pulp Fiction…It's a psychological f**kfest, it's absolutely awesome. It's as if you would take Transmetropolitan and make it happen, but it's not that out there it's something which is much more real world. It could be like Heat, it could be f**king awesome. Let me tell you what it is, try and guess."

Hardy goes on to say, "It's not even a movie," but it's apparently something big.

"It's already… It's real estate, it's PRIME real estate which is sitting there right under everybody's nose that no one's really thought about yet and it goes TV and movie, it's awesome. I can't believe that nobody has even –I know they thought of it but no one has actually blown life into it yet."

Sounds like a pretty huge project, but what could it be?

Tom Hardy Is Working On Something DC Comics Related With Warner Bros.