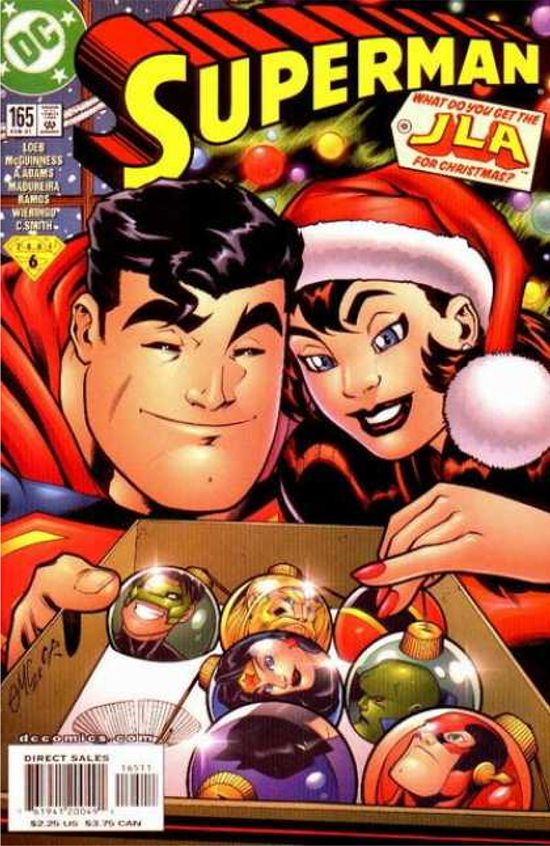 5. Remember when Superman and Lois Lane were still a couple, celebrating Christmas by handing ornaments of Justice League members. If only Lois Lane knew about what was to come in the New 52, then we bet she would smash that Wonder Woman ornament. 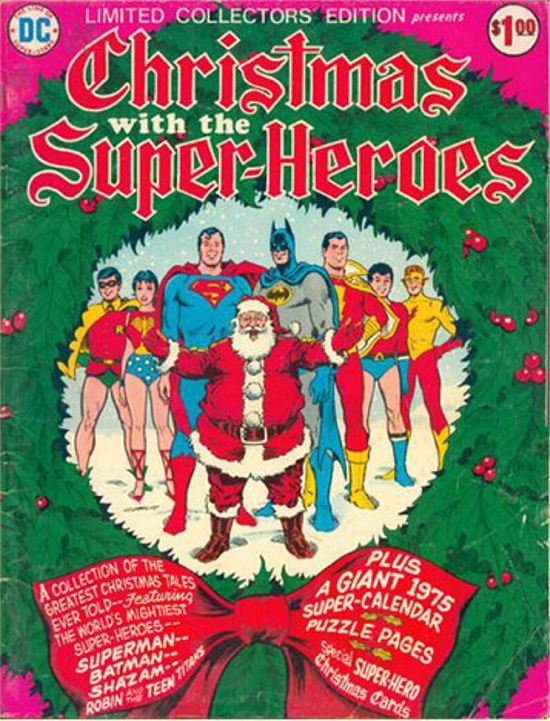 4. This over-sized Christmas with the Super-Heroes from the seventies features some of our favorite DC Comics characters. We never realized Santa Claus was so short. 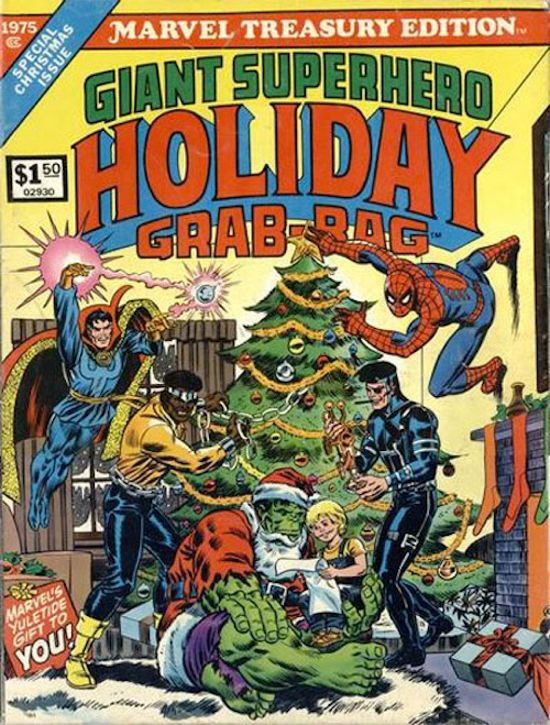 3. Sweet Christmas! How could you not love a Marvel Comics Giant Superhero Holiday Grab Bag with Luke Cage, Nick Fury, Dr. Strange, Spider-Man and The Hulk. 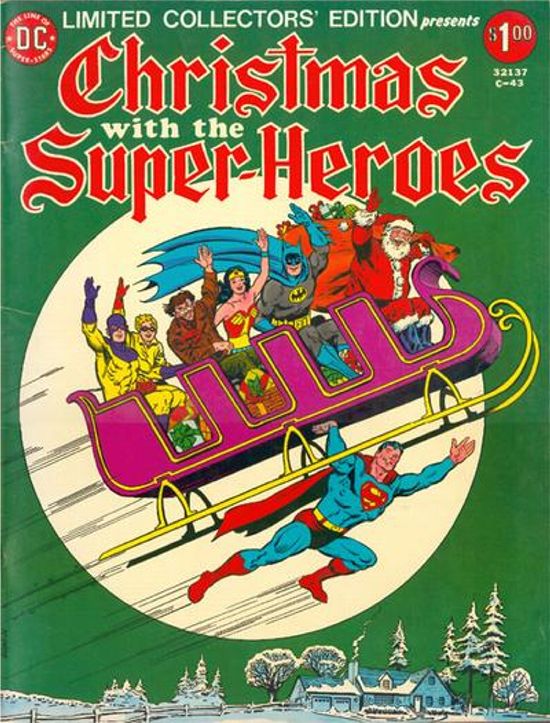 2. Another classic Christmas with the Super-Heroes from the seventies. Did you ever think you would see Superman carrying a sleigh with Santa Claus, Batman, Wonder Woman, Cain, The Sandman, and Sandy the Golden Boy. 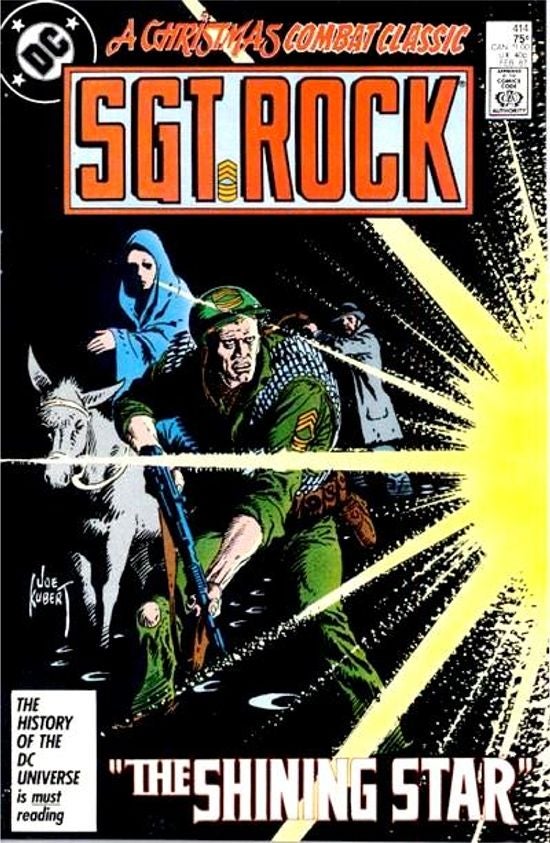 1. Joe Kubert drew a number of classic Christmas cover for Sgt. Rock, so it was difficult to pick just one, but The Shining Star embodies the true spirit of Christmas. R.I.P. Joe Kubert.