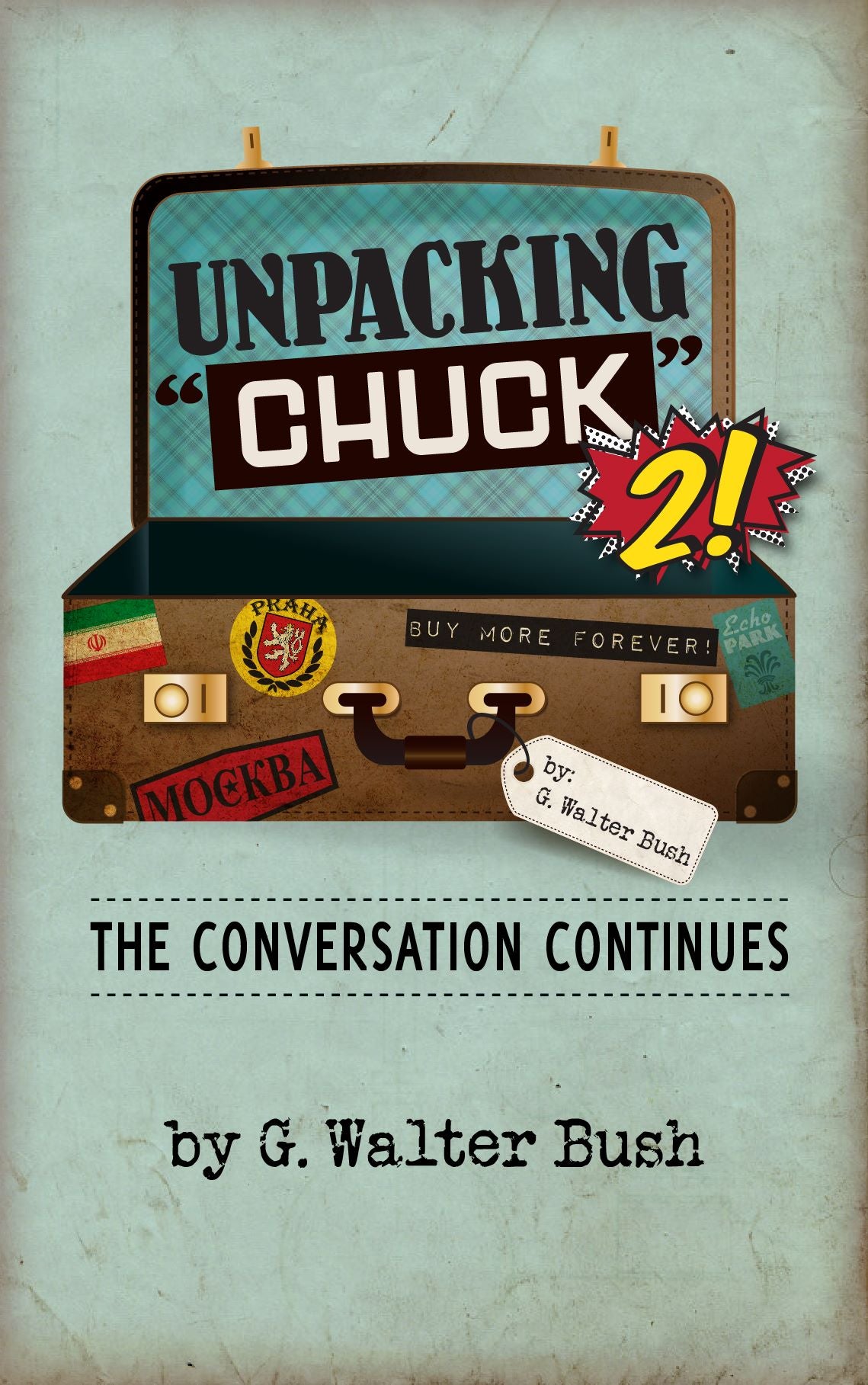 Educator and essayist G. Walter Bush is prepping to dive into the world of NBC's Chuck a second time following the success of his 2014 book Unpacking "Chuck."

The cover above, a mock-up shared to the first book's Facebook page, comes nearly three years after the series finale aired, but fans of the series remain passionate and a new generation of devotees -- including Bush himself -- are being born now that Chuck has been released on Netflix.

"Most Chuck fans with whom I have come into contact remain committed to the show and seem hungry to relive, ponder and embrace something fresh about the show. They want to continue the conversation," wrote Bush in a statement back in December.

Bush, a high school English teacher and adjunct college professor, says he stumbled upon the series when a young relative was binge-watching it on Netflix and was intrigued.

"While it was certainly entertaining," he wrote. "I actually saw some things going on at a deeper level. I soon recognized it wasn't a typical TV show."

Bush noted how the music, lyrics and cinematography worked together with the script and the cast's performances to create an audio-visual text of substance and complexity. That's when he decided to sit down and re-watch the show starting from the pilot.

"The subtle controlling metaphors and visual imagery in the subtext figured the surface themes and character development," he wrote. "Details mattered."

The eventual result was a 20-chapter collection of analytic readings focusing on dramatic elements from all five seasons. Though half of the final product revolved around the show's principal romantic plot, the other half emphasizes other characters and storylines.

After enthusiastic four- and five-star reviews across the board from fans who bought the book on Amazon, Bush embarked on another rewatch for the second book.

The book is expected along in July.

Unpacking Chuck, A Literary Analysis Of the Super-Spy Dramedy, Getting a Second Book