A while back, AMC had promised fans of its hit show 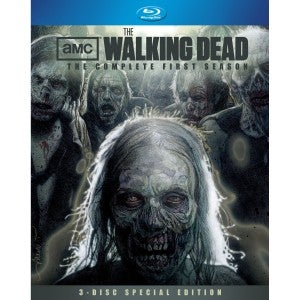 (based on the Image Comics series by Robert Kirkman and Charlie Adlard) that there would be a series of webisodes (short, web-based episodes) leading up to the show's October 16 season premiere. Well,now we know more in the way of specifics.

Directed by special effects guru Greg Nicotero, the six-part miniseries will begin on October 3, when all six episodes will be loaded onto The Walking Dead's AMC site at 2pm EST. The episodes will center around the events that led Bicycle Girl (the nearly-decomposed torso who lead character Rick Grimes killed as an act of mercy in the show's pilot) to where we meet her in the show. Bicycle Girl (whose name is Hannah in the webisodes) was one of the most popular zombies of the first season and her image was one of the most frequently-used in articles about the show.

The day after the launch of the web series (October 4), a special, expanded Blu-Ray edition of the first season hits stores featuring commentary tracks, deleted scenes and more that were left off of the initial home video release.