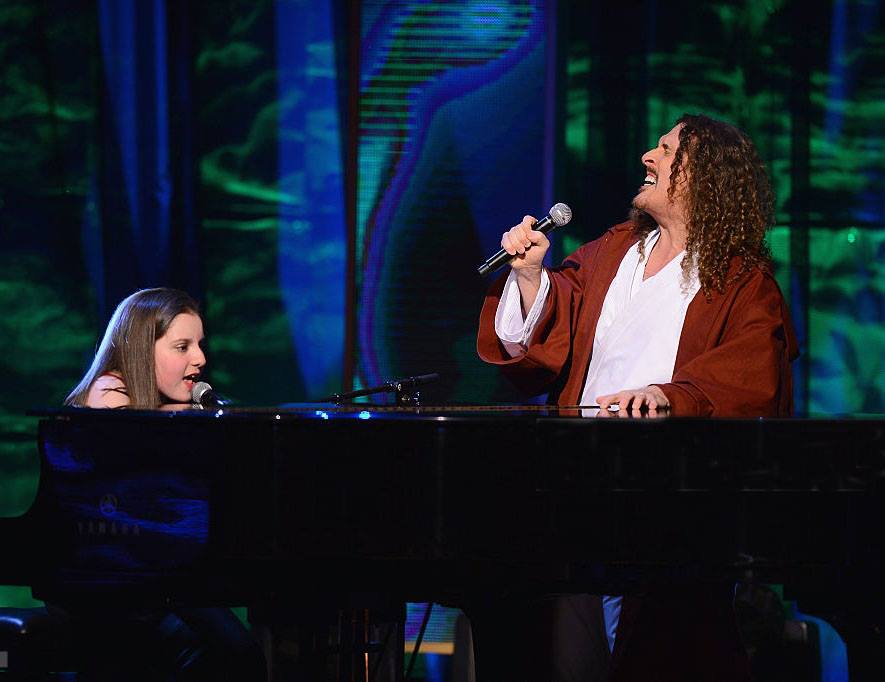 This weekend at the Night of Too Many Stars, musician and satirist "Weird Al" Yankvoic performed "Yoda," his Star Wars-themed parody of The Kinks' "Lola," with Jodi DiPiazza, a 14-year-old with autism.

You can see the video below.

DiPiazza had performed at the previous Night of Too Many Stars in 2012, appearing onstage for "Firework" with Katy Perry.

This time, she and Yankovic were accompanied by the Actionplay Chorus, a group of children with autism, as part of a night of entertainment designed to raise funds for autism-centered educational services.

DiPiazza is a student at the Mannes College of Music Preparatory Division, studies piano, voice, music theory, composition, jazz piano, guitar, and songwriting. Age age 9, she wrote a song called "Heroes of Autism" for a Toys R Us campaign that ended up raising $3 million.